Give your NRL Fantasy squad an edge over the pack by staying on top of the most relevant Fantasy news from the past 24 hours.

Wests Tigers recruit and NRL Fantasy cheapie Corey Thompson (WFB, $228k) has made the most of his time in the Super League with Widnes Vikings and has edged ahead of Tuimoala Lolohea for the Tigers' fullback role. He was solid against Cronulla on the weekend and looks much improved on the player who made just 10 appearances on the wing for the Bulldogs in 2015. He enjoyed a Tigers connection at Widnes where club hero Brett Hodgson was an assistant coach, and had an impressive try-scoring record there with 37 four-pointers in 52 matches.

Canberra Raiders skipper and occasional Fantasy keeper Jarrod Croker says his team is focused on ending their habit of late fades in matches in 2018, while also hinting at some versatility in the spine with Sam Williams spending some time in the halves this pre-season while former Bulldogs Brad Abbey and rising winger (and tackle-break machine) Nick Cotric spending time at fullback. Croker and fellow Green Machine centre Joey Leilua were both underwhelming last season after being excellent Fantasy scorers in 2016, but both could make a big start to the new season with games against the Titans, Knights and Warriors in the opening three rounds.

Panthers lock Trent Merrin has slimmed down in 2018 after an underwhelming Fantasy season last year, when his Fantasy average dropped from 56 in 2016 down to 45. It was the first time in recent memory Merrin hasn't averaged better than 50 points a game across a season, with his minutes taking a hit after he struggled with fitness following a calf injury.

"Coming off the Four Nations last year and doing my calf in pre-season just set me back a lot," Merrin said. "It's hard once the season starts to catch up on a few weeks. It was something I tried to get on top of the whole year last year and it was tough to maintain."

Merrin says he's fit again and is chasing a return to the State of Origin stage.

Speaking of Origin, Latrell Mitchell has been scoring tries and kicking the odd goal for the Roosters in pre-season and has a couple of extra motivations this season, saying he's eyeing a potential call-up for the Blues as well as a new contract at the Roosters. A notoriously erratic Fantasy scorer in the past, Mitchell could thrive in an all-star backline this season in 2018 with the Roosters enjoying a gentle start to the season with their first four games coming against teams that missed the eight last season.

Also at the Roosters, the club has strengthened their depth in the forwards with Frank-Paul Nuuausala returning to the club after a stint at the Wigan Warriors. 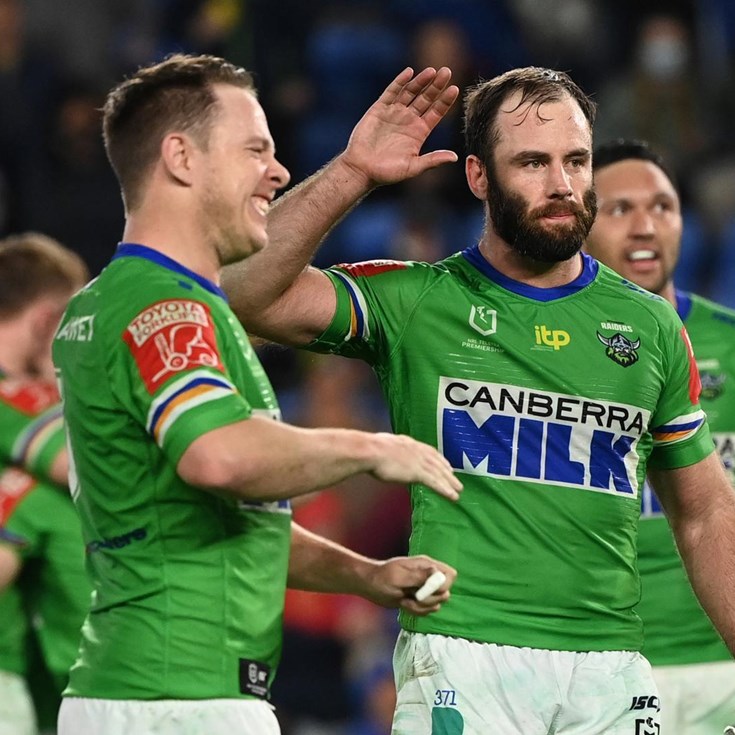