It's such a massive moment in any game – the end of an attacking set, a kick is put in… does it roll dead to give the opposition a seven-tackle set 20 metres from their line or does it pull up, force them to play and earn your team another attacking set via a goal-line drop-out?

While it's easy to rank which teams simple racked up the most repeat sets, we've decided to have a look at which teams were best at forcing drop-outs compared to how many times they messed it up and conceded a seven-tackle restart through either kicking the ball dead or having it marked in-goal by the opposition.

NRL.com Stats reveal Manly not only came up trumps for most drop-outs forced in 2017 but actually get even better when you factor in seven-tackle restarts. Their 47 drop-outs edges the Sharks' 45 by two but with just 20 kicks dead or marked in-goal their ratio of drop-outs to seven-tackle restarts (2.35) is easily the NRL's best ahead of Cronulla (45 to 22 at 2.05) and Penrith (33 to 17 at 1.94).

The challenge for Manly is to keep it up now their main short kicker Blake Green (25 drop-outs and just eight kicks dead) has left for the Warriors.

The Cowboys forced the third-most with 44 but with the most seven-tackle restarts conceded at 32, they are down in 10th for best ratios. The return of Johnathan Thurston should help this stat in 2018. The Dragons also had big numbers for drop-outs (40) and seven tackle sets (31), leaving them third-worst for short kicking effectiveness.

Newcastle had the second fewest total drop-outs forced with 21 as a result of not being in attacking range too much compared to other teams but with 1.5 drop-outs per seven-tackle restart they are equal sixth-best at converting those chances into pressure.

The Raiders are bottom of the pile in both total and ratio, with just 19 repeat sets all season and 23 kicks dead or marked in goal – the only club with a ratio worse than 1:1 at 0.83. Premiers Melbourne are surprsingly down in 12th, with identical numbers to Canterbury. 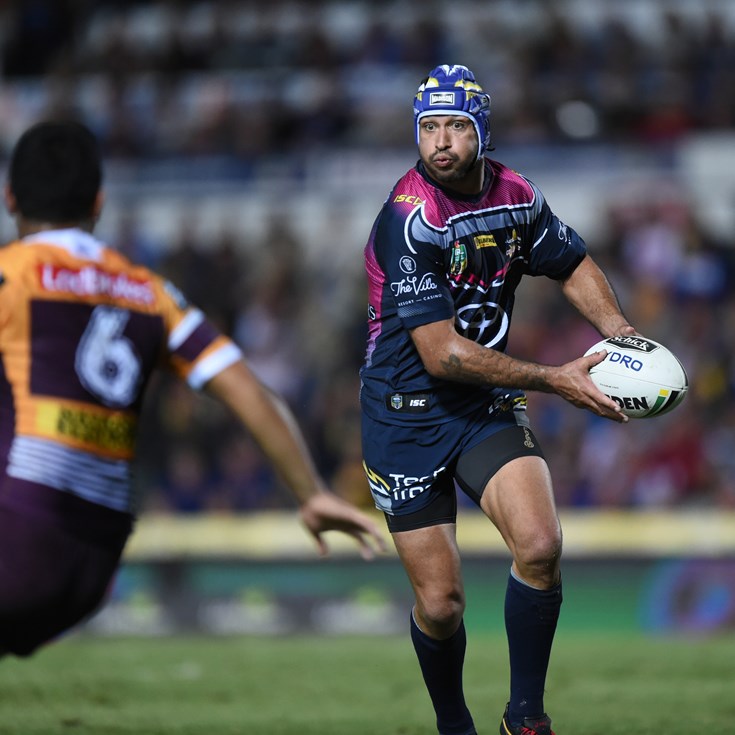 Thurston concedes he must improve to lift Cowboys

Stat Attack: The halves and halve-nots

Why NRL trials are more important than ever