Mitchell Pearce smiles when he starts talking about his old club. He knows exactly what he is saying and how it will be perceived.

''The Roosters have got the favourites tag this year,'' he told NRL.com with the cheekiest of grins.

Yes, well played Mitchell. But in jest it's hard to ignore reality and that Pearce - who was named Newcastle Knights co-captain on Friday night alongside Jamie Buhrer - is gone because the Roosters didn't believe he could do the thing they wanted.

''The club wanted what they perceived would bring them success this year,'' Pearce said.

''They wanted someone to win them a comp this year. So, who better to get than the Australian halfback?''

Cooper Cronk’s arrival in Bondi was only ever going to end one way. Despite Pearce giving some thought to the prospect of playing alongside the former Melbourne Storm No.7, it never interested him playing second fiddle.

''It didn’t make sense for me to stay there,'' Pearce said.

''For me, at 28 I wanted to keep growing as a person and as a player. I think I couldn't have gone to a better club for that.

''A club that's rebuilding and having a real leadership role. I think for me it's about growing up and taking the next step and I believe this is the best avenue for that.''

But when Pearce first began exploring his options, it seemed unlikely the wooden spooners would snare his signature given the strong interest from the Manly Sea Eagles and Cronulla Sharks.

''People on the outside thought of it as a bit of a shemozzle up there,'' Pearce said of the Knights.

''To be honest, at the start, looking in at Newcastle and the way the club had been going I didn't know what to expect and whether I should be part of that.''

While his brother Andrew and former teammate Danny Buderus played a part in convincing Pearce to join the Knights, without the words of Matthew there's a fair chance Pearce would be calling either Manly or Cronulla home in 2018.

''The way he words things and gives you different perspectives … he’s a highly intelligent guy,'' Pearce said of Matthew Johns.

''He didn’t bulls**t me. The way he spoke about the opportunity up there changed my outlook, I suppose. He gave me a bit more curiosity towards it. Then when I spoke to the club, to Browny and Darren Mooney, I was so excited about the prospect of joining the club.

''I probably took what was perceived as the harder option. But that's what motivated me the most. I was really grateful for Cronulla and Manly and in the short term would have had a real crack this year. I'm not saying we're not going to be, but it's a different responsibility and fulfilment here.

''Going to the Knights grabbed me more and I trusted my instinct on it. I like to see myself as a winner so I want to come up here and do that.''

As Pearce said, he leaves a team that is now expected to win the premiership in 2018. Truth is, anything less will probably be deemed as a failure by most given the inclusions of Cronk and James Tedesco.

Pearce has escaped that pressure but still believes he can win his second premiership at the Knights over the next four years of his contract.

''I definitely want to win a comp up there,'' he said.

''I've signed for four years so we have to build. Not for one second are we thinking we can't give it a crack this year, but I'm mindful of the fact we have to take small steps. It's perceived to be a long shot off at the moment.

''The biggest success and joy of this year will be connecting as a team and creating a winning culture. The results will take care of themselves if we do that. For me, that's what a successful year will be. Definitely in the next three or four years, a premiership is definitely the goal.''

While Pearce's arrival in Knights country should make Newcastle a better football team, the likelihood is Newcastle will make Pearce a better person.

Often the centre of attention in Sydney, Pearce has escaped the spotlight and is enjoying life as a Novocastrian as he prepares for what will be his 12th season in the NRL.

''The culture and environment that Newcastle is based on is a bit different to Sydney,'' he said.

''Nothing against Sydney. I loved it. It gave me a lot of good times and met a lot of good people. But I'm enjoying it up there at the moment.''

Pearce says he's not bitter, that he harbors no hard feelings towards his former club. But the pain of the ordeal that unfolded at the end of last year rattled the playmaker.

''I was disappointed, no doubt,'' Pearce said.

“Signing Cooper, which I’m sure will be great for the club, but what it did was open up another door for me to think about whether I wanted to stay or go to another club.

''It wouldn't have been something I thought about before that but stranger things have happened in rugby league. I had a couple of good options, which I'm really grateful for, and I chose to go to Newcastle to start a new journey.'' 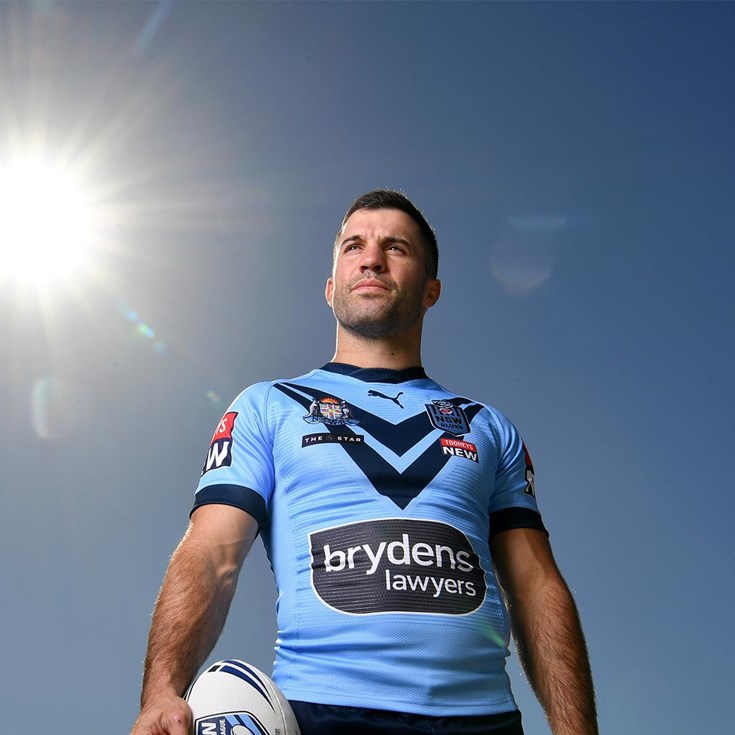 How Pearce turned injury into a time to learn