North Queensland's forward pack announced itself as the game's most resilient last season as it overcame the loss of elite prop Matt Scott and a host of other injuries to power the Cowboys through a fairy tale finals run.

The likes of Scott Bolton, Shaun Fensom, John Asiata, Ethan Lowe and Coen Hess all took their games to a new level, while Jason Taumalolo simply confirmed his status as the best big man in the business.

As a collective, the Cowboys forwards trumped all comers when it came to drawing defenders into the middle and giving their outside men room to move.

An NRL Stats analysis of the best middle forwards at attracting multiple defenders last year reveals that three of the top ten who will go around again in 2018* plied their trade out of Townsville.

The ability of a big man to drag opposition players into the orbit has a number of pay-offs, from shortening a defensive line to slowing down their retreat back into position, as well as getting away a particularly effective offload if they can manage.

Taumalolo's high ranking (third behind George Burgess and David Klemmer) comes as no surprise given defenders swarmed like taxi touts at an airport whenever he carted the ball up.

But Bolton (fifth) and Asiata (10th) will surprise most casual observers considering they feature alongside big international names like Martin Taupau, Shannon Boyd and Paul Gallen.

And it's not as if Johnathan Thurston, Michael Morgan and co need it on a platter in any case. 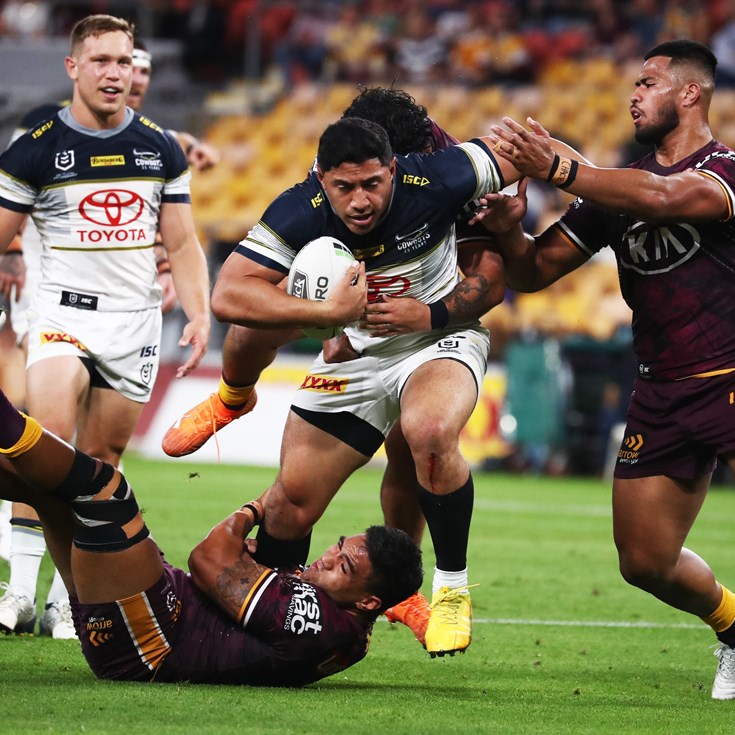