Wayne Bennett has backed prop Matt Lodge to live up to the Brisbane Broncos' high standards and insisted he had "no question marks at all" about his character and right to play in the NRL.

The 22-year-old prop will appear on Fox Sports on Wednesday evening where he will provide insight into how he has conducted himself after his 2015 New York rampage. In the interview Lodge unveils how he has reached out to the victims, how he has turned his life around and how he feels generally about what took place.

Bennett said Lodge had ticked all the boxes as far as his behaviour was concerned.

"I saw Matt three years ago and I told him his behaviour wasn't acceptable and that if he wanted to come here he'd have to make some changes," Bennett said.

"He's been wonderful since. The last couple of years, I've got no criticism of his behaviour at all.

"We've worked with him for 18 months here and he's been more than part of the club. The players have embraced him, and they don't embrace fools.

"We've all supported him and we are very happy with what he's done and where he's going."

Bennett said he had seen the changes in Lodge and that was all that mattered.

"We have high standards here and he will live up to those standards. I have got no question marks on him at all," Bennett said.

Lodge has not spoken in a public press-conference style of forum where the media, from all outlets, can question him. Bennett said that opportunity would come "when he's played some football".

"But he'll be on Fox Sports tonight and it will be worthwhile watching, and that is how he should do it," he said.

"Now all of a sudden we are a fortnight off the season and [he's] making national news and headlines and [there is] nothing but massive amounts of criticism for him.

"Where were you the last 18 months? Where have you been hiding, all of you? That's the only part I'm disappointed about."

When asked whether the criticism of the club's handling of the Lodge case had been justified, Bennett insisted "we've handled it well as a club and that's all you can do".

Bennett was asked whether Lodge should pay reparations to the victims of his New York incident, who are seeking $1.6 million in damages.

"You are talking to me about things that don't impact on me or the club. They are things that happened before he came here," he said.

"I'm sure he has all the good intentions in the world."

Lodge will start at prop in the blockbuster season opener against St George Illawarra at Kogarah Oval on Thursday night.

"The game has given him that opportunity and we have just come along as one of the 16 franchises in the game to say we want Matt Lodge to play here," Bennett said.

The NRL has given players second, third and fourth chances after misdemeanours and Bennett said that should also apply to Todd Carney and his quest to re-enter the NRL via the North Queensland Cowboys.

"The game does a remarkable job in many ways which it never gets the credit for," Bennett said.

"If the game thinks that Todd is ready to come back, then I'm happy for Todd to come back.

"These aren't life sentences. These guys get rubbed out for a period of time and they get the opportunity to rehabilitate themselves and come back.

"If he's done all that and meets the criteria that the game wants then I am happy for him to play. He's a wonderful player and we've all loved watching him play football."

Bennett confirmed veteran forward Sam Thaiday would start at hooker against the Dragons. Thaiday had been named in the No.10 jersey. Andrew McCullough, returning from an ACL injury, was selected as the starting rake but will start on the bench.

Bennett said the Broncos would "nurse [McCullough]  through the next four or five weeks and get him going. After that he'll be full-time".

Bennett was asked if Thaiday was the biggest hooker in the Telstra Premiership.

"I think he might be, and he can't claim to be the fastest either," Bennett grinned.

"He did a good job for us last year in small bursts. It gives Macca a bit of time off that he needs. We just can't play him 80 minutes right now so we are getting Sam to take some of that workload so Macca can be at his best when he's on the field." 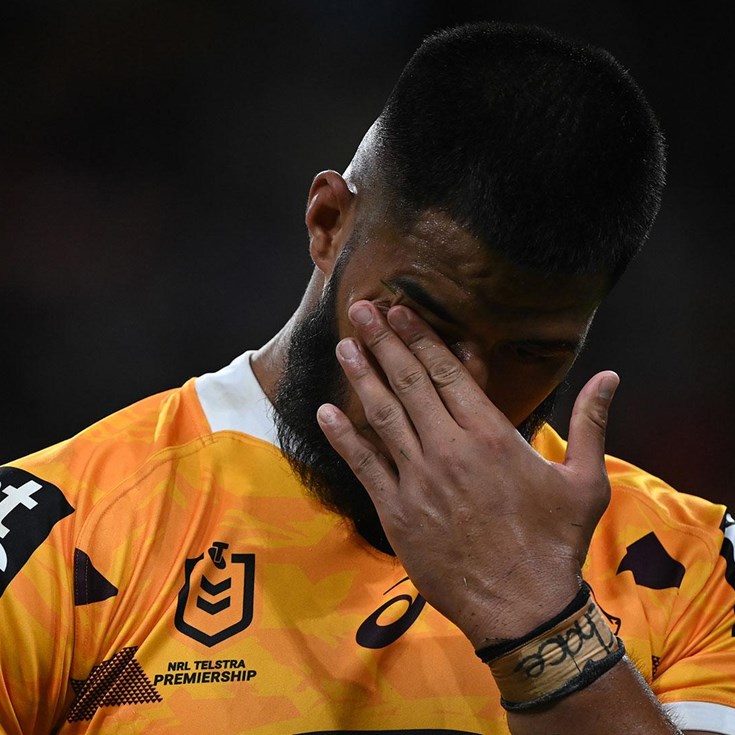