But it was unassuming front-rower Daniel Alvaro who truly deserved them, beating home every one of his teammates in a display of endurance more suited to the front bar for a man of his size.

Alvaro, all 108kg and 190cm of him, has been handed a starting spot and a one-year extension this week, just reward for a summer slog that has him in sublime shape to kick off the 2018 Telstra Premiership.

The 24-year-old forward put in it all on show at Soldier's Beach in late January, when Arthur and his teenage son Matt joined the entire squad in a five-kilometre time trial up and down the Central Coast sand dunes before hitting the back streets to nearby Norah Head and back.

Alvaro was first across the line, beating home the entire Eels backline, his 43-year-old coach and of course, the last-placed Hayne.

"It was good to finish it," Alvaro laughed when asked about his surprising fitness feat, and whether he was still reminding his teammates about it.

"It's tough we do sand dunes, hill runs and then a long road run. I was lucky that Gutho (uber-fit outside back Clint Gutherson) didn't run in it because he would have smoked me… but it was good.

"There was a little bit (of sledging) when I got across the line. I spayed a few blokes who deserved it but most of them are alright."

Alvaro will clock up his 50th first-grade game in Sunday's western Sydney showdown with the Penrith Panthers, which on Friday was confirmed as the first sell-out at the foot of the mountains since the local rivals clashed in 2014.

In what is forecast to be uncomfortable 31-degree heat out west, Alvaro will line up across from an all-international middle contingent of James Tamou, Reagan-Campbell Gillard and Trent Merrin.

After missing one game last year the young prop has cleaned up his diet and secured his future to boot, with his re-signing until the end of 2019 the third in three days along with extensions for Nathan Brown (2021) and Will Smith (2020).

His combination with Brown also means the Eels boast an unlikely blond-haired and blue-eyed Italian connection in the middle.

Despite answering to the nickname "Polar", as in the big white bears of the Arctic circle, Alvaro represented Italy in last year's World Cup alongside Brown and boasts a proud Mediterranean heritage.

"People are pretty surprised when I tell them," Alvaro said.

"They look at me as if I'm a fool but my granddad on my dad's side was born in southern Italy and came out here when he was about 18.

There was a little bit (of sledging) when I got across the line. I spayed a few blokes who deserved it but most of them are alright.

"So he's an Australian citizen but very much a full, proud Italian too."

And despite Hayne's well-documented struggles in the sun and sand over summer, Alvaro will count running out alongside him this weekend as a career highlight given he spent his younger days admiring Parramatta's prodigal son from afar.

"I've never played with him before, he was a freak growing up and I remember watching him when I was in high school, " Alvaro said of Hayne.

"I didn't think I would ever get to play with him so it's something special for me.

"I did pre-season in his last year (before Hayne's switch to NFL) and then he left when I started cracking grade. 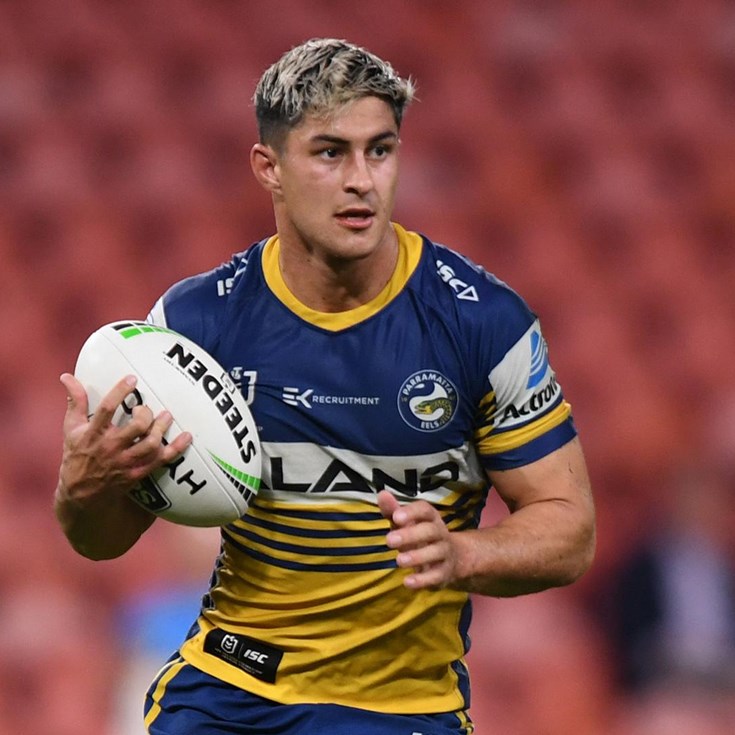 Dylan Brown joins Inside The NRL