They lost their season opener as raging hot favourites against a team tipped to finish near the bottom, but the Sydney Roosters won't be reaching for the panic button.

The Roosters were on the receiving end of the first major boilover of the 2018 Telstra Premiership when they went down to the Wests Tigers on Saturday at ANZ Stadium on the back of a late try to winger Corey Thompson.

Roosters co-captain Jake Friend was in good spirits on Sunday morning despite the upset loss.

"It’s only early in the season and obviously disappointing to start the season like that, but it’s about building it from here," Friend from the team's recovery session at Clovelly Beach.

"We never really got in the game because of errors and penalties, it was a stop-start game and it was tough for the haves and the blokes out wide to get the ball.

"We’ll go back and look at that, we’ll want to look at that and pick up our completion rate. If we can apply more pressure, the likes of Teddy (James Tedesco) and (Cooper) Cronk and our outside backs are going to get some nice space."

Rooster prop Dylan Napa said the Wests Tigers deserved the win but was not too disappointed with his team's performance.

"The Tigers played the full 80. Unfortunately, we just couldn’t grind it out,” he said.

"To be honest, I thought we were quite good all over except for maybe the last 15 minutes, which was disappointing because we pride ourselves on finishing games well. It’s only round one, so there’s not too much to stress about but something we need to fix up."

Luke Keary is no certainty to return from a broken jaw in this Friday night's clash with the Canterbury-Bankstown Bulldogs at Allianz Stadium.

"I was always ready. You have to train like you’re playing and that’s what I did. I was lucky enough to get an opportunity," Cornish said.

"I’ll just prepare the same as I did this week - prepare like you’re playing. Nothing really changes. If he doesn’t play, then it’s like nothing’s happened."

Friend is wary of the new-look Dogs.

"I watched their game when I got home. I thought Dogs looked really good, even though they lost, there was some great ball movement and some nice tries," he said.

"As with every week in the NRL it’ll be another tough game but for us, we’ll do our bit on the Bulldogs but the majority will be looking at ourselves and trying to fix what we didn’t get on in the weekend."

One of those areas is their finishing with Tedesco missing a crucial opportunity against his former club on Saturday.

"Yeah, that was a tough one for Teddy. I thought we never got in a rhythm to give him any space in the game due to our completions and penalties. It was hard for the likes of Cooper and Teddy to find some space because of that,” Friend said. 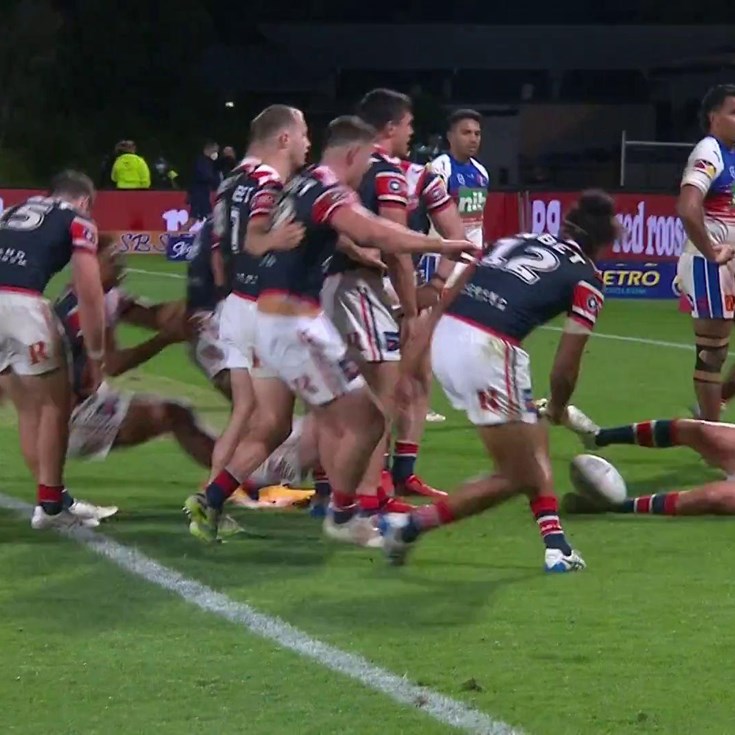