The former Melbourne Storm player joined the Knights to play more on-field minutes. Playing behind Cameron Smith meant he was unable to do that while part of Craig Bellamy's team.

While the Knights have several options at the hooker role in Danny Levi, Jamie Buhrer and Griffin, the 27-year-old wants to make the spot his own.

That's where the 80-minute idea comes from.

"I could do it. It just depends how the game goes and what he wants from me," he said.

"If Browny wants that from me, that’s what I'll do. At the moment he has given me a role and I am going to do that for him."

The Knights got their season off to an emotion-fuelled start when Griffin set up Mitchell Pearce who kicked a match-winning field goal in extra time to defeat the Manly Warringah Sea Eagles in front of more than 23,000 fans.

"I just thought throw it to him as fast as I can," Griffin said.

Griffin said that the result had brought the squad, especially the nine new faces, closer together.

"To get a win like that it just gets everyone's confidence through the roof," Griffin said.

"And now we believe in each other and what we can do. It was a confidence booster and I think we bonded over that win."

Knights second-rower Lachlan Fitzgibbon said the experience added to the squad over the summer had already proved beneficial to the younger players at the club.

The Newcastle local said he appreciated the guidance.

"It also helps us younger blokes to go to another level and to close out those games," Fitzgibbon said.

One thing the Knights players and fans know understand is that games are only going to get tougher.

The Novocastrians hit the road to take on Canberra this weekend, who will be hurting after their loss to the Gold Titans.

"It'll be a tough road trip, but I am sure we can do the job," Fitzgibbon said. 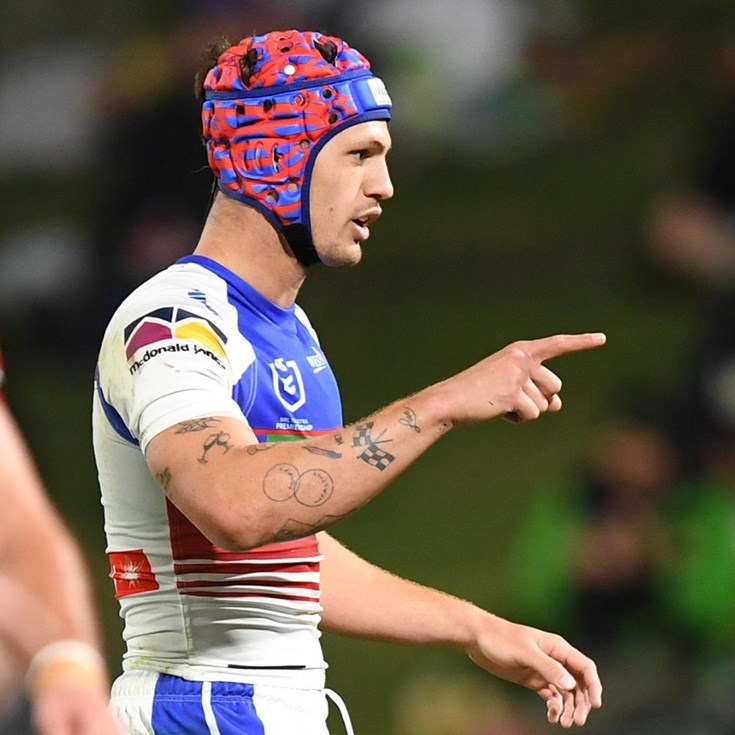