Promoted to the starting side after the Eels squandered a 14-0 lead against Penrith last week, Evans and his teammates were powerless to stop a relentless Manly team that ran through Parra's middle from almost the opening whistle.

Evans' 36 minutes on field netted just six runs for 36 metres as his side barely touched the ball; instead the towering Fijian was forced to make virtually a tackle per minute in his time on ground for an energy-sapping 35 tackles in 38-degree heat.

''It's probably the worst loss I've ever had. It's tough. I can't really explain it," a dejected Evans said after the game.

'Statistically it is easily the worst loss of his 76-game NRL career with former club the Roosters winning more often than not in his time there. A 46-0 loss to the Storm in 2016 was his previous worst.

He admitted the Eels' horror start - an early penalty conceded which led to a try, followed by a Daly Cherry-Evans 40/20 kick and another try - had taken a toll but insisted that was no excuse.

The Eels had made 69 tackles to Manly's 14 before their first attacking chance, by which they already looked spent.

''It did [take some gas out] but we should still be able to defend those,'' Evans said.

''That's what we trained for all pre-season. We hurt ourselves by giving away penalties and errors which led to that but it's not an excuse, it's all on us.

''We've just got to learn from it. In tough times like this the pressure's on us but if we get through that it builds perseverance and shows character in the team. We have to stop talking and start doing and getting our footy right. 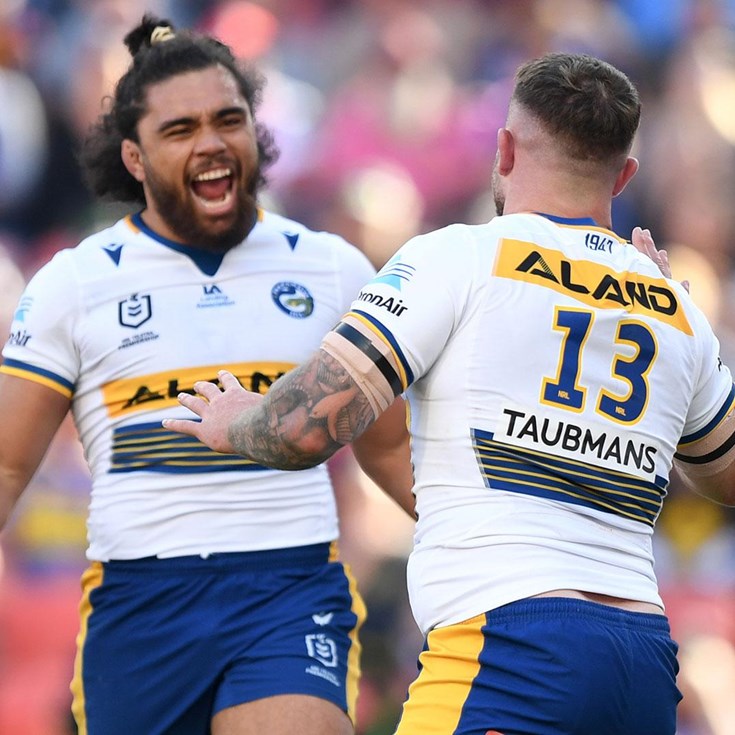