Greg Inglis has spoken publicly for the first time in the wake of the incident on the weekend in which he was allegedly racially abused by a spectator at Panthers Stadium.

Inglis addressed the media in Brisbane on Wednesday morning at the launch of ticket sales for the third State of Origin match at Suncorp Stadium.

The South Sydney Rabbitohs skipper was allegedly called a black dog by a spectator as he walked towards the players tunnel on Saturday after fulltime in South Sydney's loss to the Penrith Panthers.

"It's under NRL investigation and the police are in that so I can't make any further comments about that.

"Without a doubt, I think racism in society is appalling. That's it, full stop. It has to stop."

NRL CEO Todd Greenberg applauded Inglis for taking a stand against the scourge of racism.

"I reckon five or 10 years ago players like Greg would have walked past that and felt a huge amount of internal hurt but wouldn't have said anything," he told NRL.com on Wednesday.

"I think the work we've done and relationship we have with our players allows people like Greg to speak out immediately.

"I'm enormously proud of him because what he does is he sets the message for others that it's not OK and we don't walk past that type of behaviour.

"I know it stung him enormously and hurt him but he's a proud indigenous man and proud Australian. The game is proud of him for standing up for what he believes in."

Inglis also received the backing of his Queensland coach Kevin Walters who said stamping out racism was vital.

"It shouldn't be tolerated and I do feel for Greg and what happened to him on the weekend," Walters said.

"I thought that stuff had been eliminated from our game but obviously there are still some people out there … it is just not right."

Walters said a life ban would be an appropriate punishment for the culprit.

"It is just unacceptable that sort of behaviour in any sport, let alone in rugby league," he said.

Racism is not tolerated in our game. We all come from different cultures and that’s what makes our game great. I’m deeply saddened by the alleged incident at last nights game & I’m confident the club will do everything it can to investigate the alleged perpetrator.

"We have got a guy who does so much for the indigenous community in Australia and for people to come out with that sort of nonsense is just disrespectful."

Walters backed his chairman of selectors Gene Miles and said Inglis' stature in the game was such that he would be straight back into the team for Origin I should he be fit and healthy.

"We made the mistake last year of leaving out one of our great players [Billy Slater] and we paid a price for it," he said.

"I think we'd be silly to do the same thing again. Greg has come back from a knee injury but he is a very experienced player and looking at him today in Maroon it is a nice feeling to know he is going to be playing Origin again this year."

Inglis said he had had to "perform in clubland" with the South Sydney Rabbitohs to "earn the jumper back" and that he couldn’t just presume he'd return to the side after missing last season with an ACL injury.

"Origin is only 10 weeks away so I've got 10 weeks to put a good performance in before Origin I kicks off," he said.

"Just footy in general, I've totally missed it. It has been a long road back with recovery from the ACL.

"I've missed Origin. I've missed the Origin arena. Kevvie invited me back into camps … and I saw the boys in Sydney [last year]. It is like a tight-knit family like we always talk about, the Maroons camp." 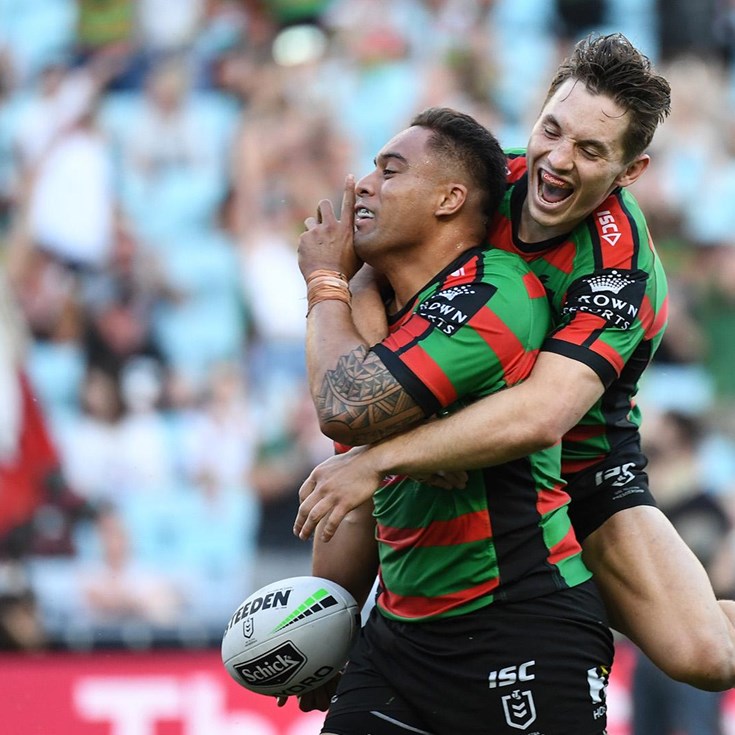 The Inglis pep talk that put Coates on the Origin path