Canterbury-Bankstown Bulldogs forward Adam Elliott ranks representing Tathra as the biggest achievement in his life as the rugby league community rallies around the tiny South Coast town ravaged by bushfires.

The 1600 residents of Tathra are still under restricted access to a number of streets due to safety issues, but are beginning to pick up the pieces after 69 houses were lost in a devastating blaze on Sunday.

Elliott's family home in Tathra's main street was one of the lucky ones spared by the flames, as was that of his grandparents a few hundred metres away.

The Bulldogs back-rower is fiercely proud of his upbringing in the sleepy fishing town, to the point that Des Hasler let him play in last year's City-Country Origin fixture when he had ruled out the majority of his Canterbury teammates on welfare grounds.

Can’t begin to think of the pain and emotion going through the people of my home town in this current tragedy. So many people have already lost everything they have and so many brave people are still fighting to prevent any further damage to our beautiful country and the people of it. It is so scary and gut wrenching to know your loved ones, friends and neighbours are in danger and I am thinking of everyone in the area that has been affected and praying for this to all come to an end. We are a strong community and I know everyone will pull together, look after each other and be there for one another. #tathra #home

Elliott, who turned heads in a breakout 2017 Telstra Premiership campaign, will wear messages of support on his wrist tape in Friday's crunch clash with the Penrith Panthers, acknowledging the hurting town that still drives his burgeoning career.

"I know how proud people are in that town of me and it's probably the biggest achievement of my life, knowing how proud they are every time I run out onto the field," Elliott told NRL.com.

"I think about it every single game I play, how that place made me who I am and I wouldn't be in this position if it wasn't for Tathra, so I'll be thinking about that just that little bit extra.

"A part of me is going to be playing for the town on Friday, but it would be selfish to say I'm taking it on myself to play for the town, it's a much bigger thing than that.

"If I can just put a smile on someone's face who is going through absolute hell at the moment, that's the smallest and simplest way I can try and help people."

The NRL and the Bulldogs are exploring fundraising avenues as the rebuild of Elliott's hometown begins. The Country Rugby League has announced it will donate all gate takings from this weekend’s Andrew Johns and Laurie Daley Cup matches to the official Mayoral Appeal Fund for the Tathra bushfire victims and recovery efforts.

His junior club Tathra Sea Eagles, which has registered junior, women's and reserve grade teams in the Far South Coast competition, has lost a number of uniforms in the fire, but is still planning a juniors relief match against local rivals Bega Roosters on Wednesday.

Rugby league has long been a part of the region's fabric, with Melbourne Storm star Dale Finucane and St George Illawarra Dragons centre Euan Aitken also hailing from the nearby towns Bega and Pambula.

Elliott has no doubt the same support that got their NRL careers off the ground will galvanise the coastal community.

"I know from growing up there, the town was selling raffle tickets for people making rep teams," the 23-year-old said.

Every single game I play I get people messaging me and that's the sort of town that it is.

"For me that was rugby league and cricket and I'd be sitting out the front of the newsagents to fund trips away and the town would always get behind that.

"The support I get from that place is unbelievable, every single game I play I get people messaging me and that's the sort of town that it is. It's a tragic time and people are really suffering but I have faith that people are going to be looking after each and making sure our neighbours and loved ones are alright.

"It's a very emotional and sad time. We're very grateful that no one's been hurt and that the fires are under a bit more control now.

"We are a strong community and I know everyone will pull together." 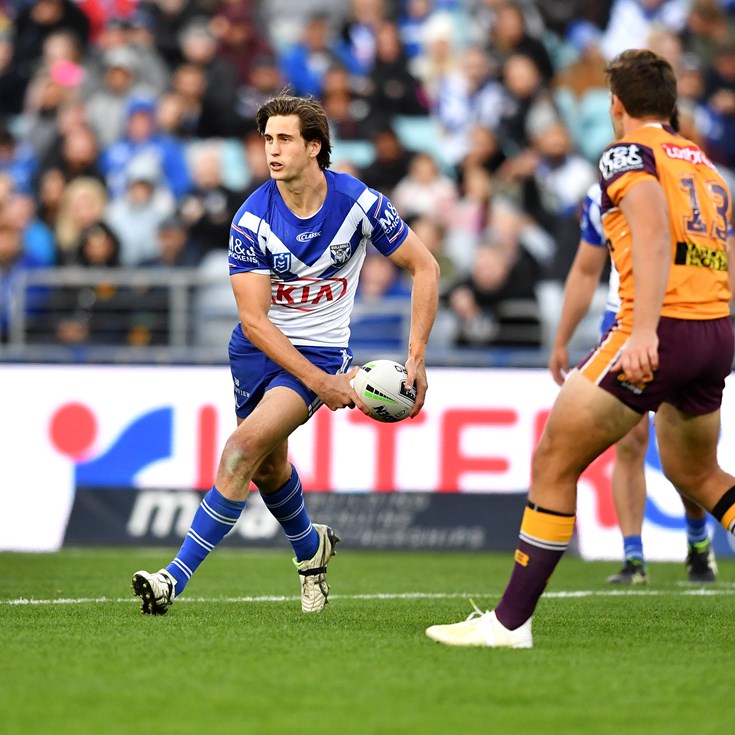