Cameron Munster may have had some negative headlines but he's hit the ground running in the 2018 Telstra Premiership.

Melbourne Storm fullback Billy Slater, speaking at a cross-promotional event for Supercars and Holden State of Origin in Melbourne, told NRL.com he noticed a lift in the Storm number six's approach to pre-season training and has enjoyed watching his dominant performances in the early rounds.

''When I got back into pre-season, his attitude to hard work, and getting himself right to perform this year was noticeable," Slater said.

"He's always had a willingness to work hard and become a better player and has carried that through into this season. I think he's in a really good place."

Munster is the senior partner in the Storm's halves - No.7 Brodie Croft yet to reach 10 games. The pair are already building the foundations for a long-term partnership.

"He's working really well [with Croft]. I thought he [Munster] was our best player in round one.

"Obviously Cameron has a little bit more experience than Brodie, but they are really doing a fantastic job. There is a lot of pressure on those positions, but it is important us senior guys help him out."

Munster had a quiet game on Thursday night by his standards. The Cowboys edge forwards ran his way all night, and he missed a tackle on Coen Hess that led to a try.

But after the game, the Storm five-eighth was already thinking about how to improve and take his game to a new level.

"They threw a bit at us and at times we handled it a little bit," he said.

"I need to work on some things obviously, with Coen Hess running over me. He's a big boy and just needed to get my body in front."

"We played against one of the favourites of the premierships tonight," he said.

"I thought we played really well and really put some impetus on our forwards to go through them, because they have a big pack.

The reigning Supercar champion said he loves watching the NRL and Origin football. Whincup and Storm captain Cameron Smith are both Holden ambassadors.

"I got on board watching Origin with Billy, Cam [Smith] and Cronky just tear it up. I also did the Australia's Greatest Athlete a few years ago and hung out with Billy for a week, and we got on really well." 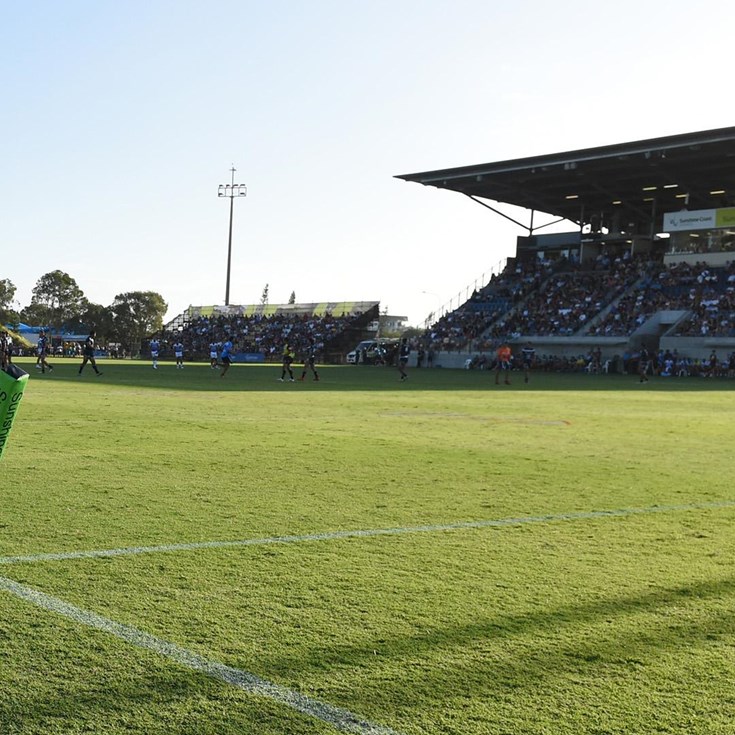