After steering Sydney Roosters to a 38-8 victory over Mitchell Pearce's Newcastle Knights, Cooper Cronk offered to do anything he could to help the halfback he displaced from the club and declared his new halves partner Luke Keary was ready for State of Origin.

In a sign of how highly regarded Pearce remains in the Roosters camp, he visited the dressing rooms and spoke to players, including Cronk, who had tried to convince the NSW Blues stalwart to stay and playing alongside him and Keary.

Despite rejecting the offer, Cronk said he would always be available to provide advice or act as a sounding board about football if Pearce wanted to call him at any time.

"He is a good guy, I have respect for Mitchell and what he has done, and how he has handled himself through this whole thing, and I wished him all the best," Cronk said.

"If ever he wants advise on how to play I would be more than happy to catch up and talk about it because he has done tremendous things for this club over a long period of time and he has gone up to Newcastle with a tremendous attitude and he is playing really good football.

"Out of respect for the guy, he made a decision that helped himself and I think he has done a tremendous job up there. I think the way that club has been playing the last two weeks, he has been front and centre of all the good things."

Cronk believes he and Pearce would have formed a good combination at the Roosters and they had a mutual respect for each other after being rival halfbacks in 14 State of Origins.

"He is a very good player, there is not much I can help him with and those were the conversations we had when everything was happening in December," he said.

"I am happy to help anyone, I'm never going to turn away a phone call from someone who wants to improve themselves and get better. Hopefully I have been known to do that with the guys I have played with and in rep teams."

Since returning to pre-season training earlier than scheduled after the World Cup, Cronk has been working closely with Keary and the benefits were obvious as they each scored a try and at least one of them was involved in the other five scored by the Roosters against the Knights.

With Nathan Cleary sidelined for 10 weeks with a knee injury, Keary has emerged as a frontrunner for a place in the halves for NSW and Cronk endorsed his selection.

With the pair having only played two matches together, both believe their combination will improve during the season but Cronk said it was no coincidence they had develop an understanding of each other's game so quickly.

"I think there is a lot of talk about combinations and how long it takes and all of that but from my point of view it is only up to ourselves," he said.

"If you just want to take what it takes on the training field it might take 20 weeks, but if you want to put in the extra half an hour after session after session to know that I step off my right and I hold the ball in this hand, then Keary knows what I am going to do and vice-versa." 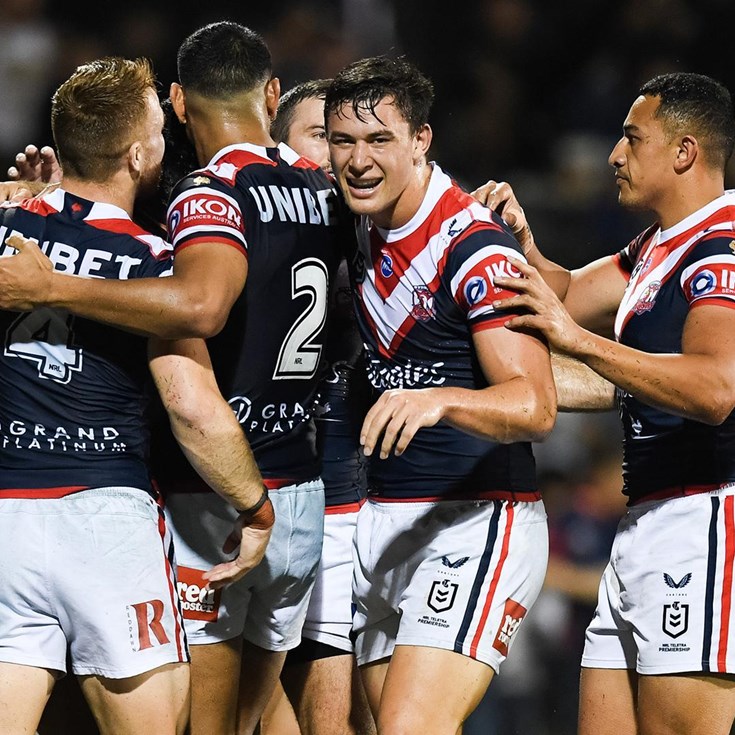 Why this year's adversity could bring Roosters silverware in 2022