Ricky Stuart's Canberra Raiders side is under pressure to perform after three defeats and take on a Manly Sea Eagles desperate to bounce back from a shock defeat last weekend.

The Raiders are set to be without Charlie Gubb due to a groin injury but will be hopeful of Joseph Tapine making a return from his thumb injury.

After destroying Parramatta 54-0 in round two the Sea Eagles slumped to a 34-6 defeat to the South Sydney Rabbitohs last week and are chasing consistency in a week in which the club has been fined for salary cap breaches.

The key match-up: The battle up-front will be crucial in this clash with the likes of Manly's Addin Fonua-Blake and Marty Taupau locking horns with Shannon Boyd, Josh Papalii and Junior Paulo.

For the Sea Eagles to win: The loss of Jorge Taufua is a big one, but if Manly can control the ball they can get on a roll as seen against Parramatta in their 54-0 romp in round two.

For the Raiders to win: Defence and line-speed for 80 minutes will be crucial for Canberra if they are to break their run of outs and record their first win of the year. The Raiders rank fourth in attack this season with 75 points but they've conceded 80 in their three tight defeats.

Sea Eagles Stat Attack: Martin Taupau is the NRL's most prolific offloader after three rounds, with 13.

Raiders Stat Attack: Defence again came back to hurt Canberra last round, with 30 ineffective tackles against the Warriors.

And another thing: Games between the sides have been close recently, with Manly winning both of their 2017 clashes in golden point.

The Sea Eagles are 1-17. Matthew Wright replaces Jorge Taufua on the wing in Manly's only change.

Joseph Tapine starts in the second row, Elliott Whitehead shifts to lock and Luke Bateman drops back to the bench. Blake Austin, Lima Knight, Michael Oldfield and Jack Murchie were all cut from the initial 21-man squad. 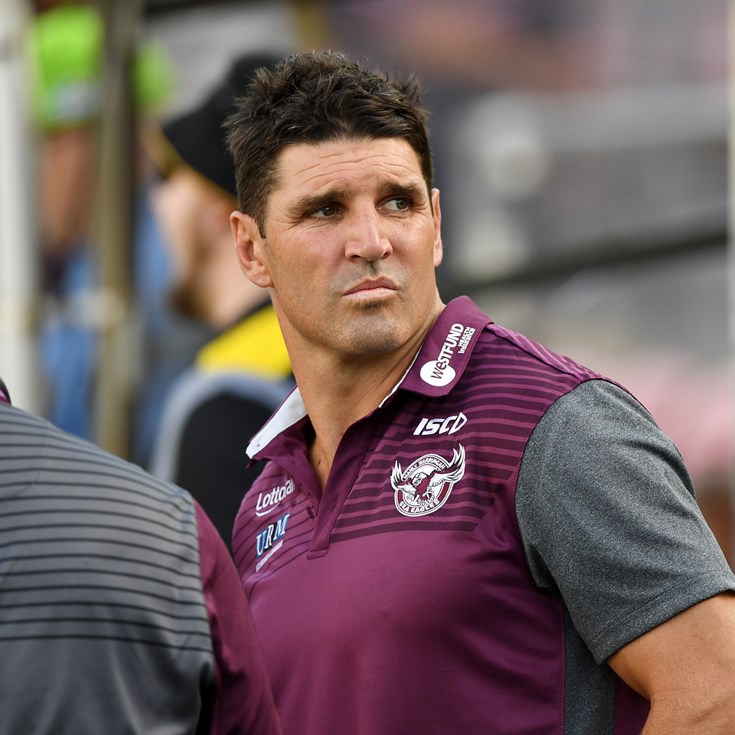 Stuart: they should be embarrassed