St George Illawarra Dragons are the hottest team in the Telstra Premiership right now with a fiery undefeated start to the 2018 season.

After two close wins to start their season, the Knights were sent crashing back to earth last Sunday evening by the Sydney Roosters.

Key match-up: The key matchup will feature around the five-eighths and half backs for both clubs. Dragons pair Gareth Widdop and Ben Hunt will face off with Brock Lamb who has come into the Knights side to replace injured Connor Watson. Mitchell Pearce will get his first taste of premiership football with Lamb next to him.

For the Dragons to win: Keep up the momentum. St George Illawarra are one of just two undefeated teams after three rounds but they can't afford to take their foot off the pedal against a Knights side that has already surprised the Sea Eagles and Raiders this season and will be eager to bounce back from last week's heavy loss to the Roosters.

For the Knights to win: The Dragons are on fire right now and last week they racked up their biggest marginal win in 13 seasons when they powered past the Gold Coast Titans 54-8.

The side has plenty of points in them across the park and the Knights will need to shut down their attacking flair. The Knights need to shift the ball out-wide to Nathan Ross as he hasn't had many opinions to show his flair so far this season.

Dragons Stat Attack: The Dragons have averaged 36 points in attack and have granted an average of 12 points which indicates their attacking flair and solid defence.

Knights Stat Attack: The Knights have conceded 28points and an average of 19 points from their attack after 3 rounds of the Telstra Premiership.

And another thing: Newcastle Knights coach Nathan Brown returns to Wollongong for the first time since 2008 when he was sacked as Dragons coach.

The Dragons are unchanged, as expected following Sunday's big win over the Gold Coast Titans, apart from Jeremy Latimore getting the nod ahead of Hame Sele for the final interchange berth.

Brock Lamb replaces the injured Connor Watson (shoulder) at five-eighth with Chris Heighington returning on the bench after being a late withdrawal on Sunday. Jack Cogger and Luke Yates dropped off the extended bench on Saturday and Danny Levi and Ken Sio were omitted an hour before kick-off. Nathan Brown pulled a late switch by promoting Daniel Saifiti to the starting side with Mitch Barnett dropping back to the interchange. 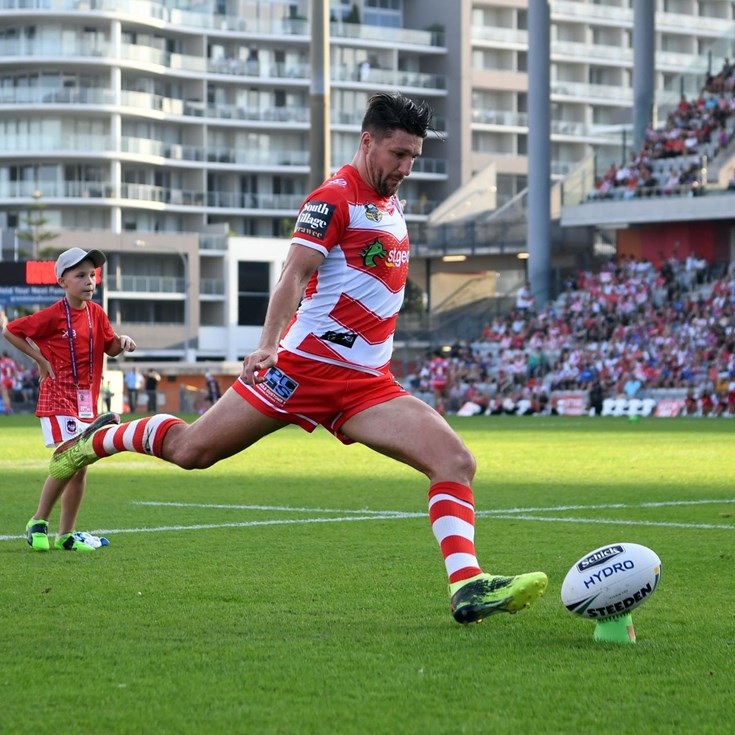