Manly forward Shaun Lane concedes having a host of players off contract this year is not ideal, while the club is manoeuvring its way around salary cap breaches.

Lane is one of the 12 players off in 2018 – all of whom are regular first-graders. In fact from that list, eight were in the 17-man line-up which trounced the Canberra Raiders 32-16 at Lottoland on Saturday.

It was Manly's first game after NRL chief executive Todd Greenberg had issued the penalties for being $1.5 million over the cap during a five-year period.

"It was a big week for the club with salary cap stuff coming out, so we just really needed a big performance," Lane said on Tuesday.

"So obviously it's not as good, but we'll have to see what happens. If I play well enough then I should be able to get re-signed."

Lane came off the bench against the Raiders and has been a part of all four Telstra Premiership rounds.

In 2017 he played just nine NRL games and that came around mostly due to a pectoral injury for back-rower Curtis Sironen late in the season.

Lane told NRL.com earlier this year he wanted to stay in first grade as he had played enough Intrust Super Premiership games with Blacktown Workers – the Sea Eagles' feeder club.

Now with Sironen and front-rower Kelepi Tanginoa cruelly sidelined with anterior cruciate ligament tears for the rest of 2018, Lane's services are even more in need.

"I'm devastated for both of them," Lane said.

"Kelepi is in a similar situation to me with his contract. So for him to be gone for the season is a huge blow for him.

"Siro has a long history with injuries so it'll be hard on both of them. For it to be so early in the season too and cop an injury like that is not good.

"We do have depth in our squad so whatever role I'm called upon to do in the team I can fill.

"I can play middle and on the edge, so whatever Baz (coach Trent Barrett) wants me to do I'm happy to do it.

"But they are still a hard pair to replace. Siro had such a great year last year and started well again this year. Kelepi has come out of the woodwork and running over blokes like only he can do."

Prop Addin Fonua-Blake, who played the first 40 minutes without a break against the Raiders due to two forwards going down, said Lane is one of the youngsters Manly will be looking at to help cover for Sironen and Tanginoa.

Manly play the Gold Coast in Gladstone, central Queensland, on Sunday with the Titans riding high after a stunning 26-14 triumph over the Brisbane Broncos last weekend.

"They (Titans) did a really good job on the Broncos to beat them at home. They have a lot of young players willing to do the work," said Fonua-Blake, who thinks Manly has the same scenario.

"From the outside looking in it seems no-one in the Titans is putting themselves before the team. So that's a good thing to see. We strive for that too.

"We've lost two key players (Sironen and Tanginoa) but we haven't got any time to sit around and mope about it." 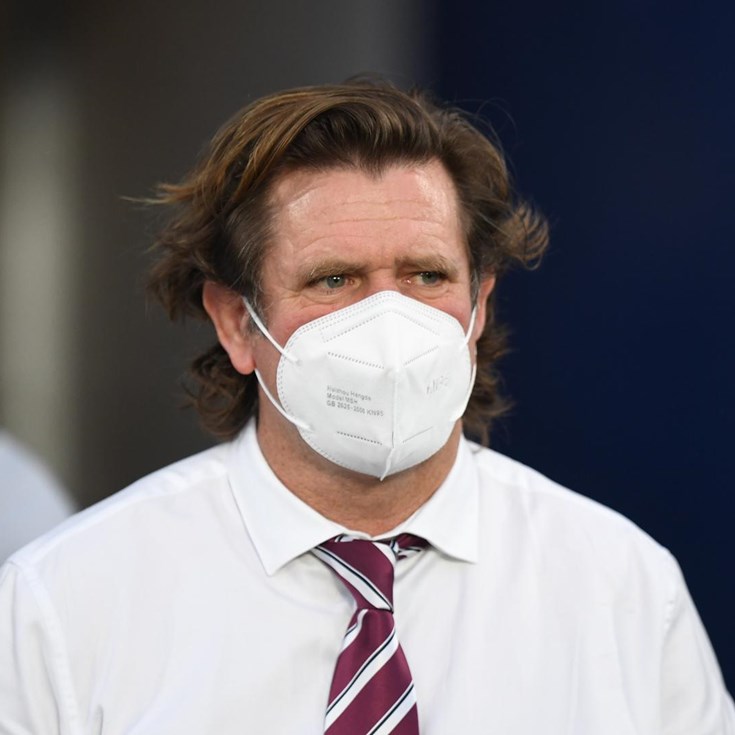