Canberra playmaker Aidan Sezer said he's not feeling any extra pressure about playing for his future in an off-contract season which has yielded just one win over the first five weeks.

Sezer is one of 10 players who have not re-signed beyond season 2018, with other big names yet to secure their future including Blake Austin, Josh Papalii, Iosia Soliola and Shannon Boyd.

"We're players and we leave those kinds of things up to our managers and I haven't really heard much about that [contract]," Sezer said.

"We just need to play some positive footy and get some wins on the board for the club and all of that takes care of itself."

Canberra boss Don Furner told NRL.com they would look to step up negations with off-contract players as early as next week.

The Raiders have made headlines off the field as well this season, with fullback Jack Wighton to face court on Wednesday over his part in an alleged pre-season brawl.

Canberra players on Monday would not be drawn on the Wighton investigation and whether it is a distraction for the struggling side.

On the field, there are improving signs for the Raiders after their stirring round four victory over the Bulldogs despite a slew of injuries.

With just one fit player left on the bench, hooker Siliva Havili stepped up his minutes without sacrificing his impact on the game, something the Tongan international is keen to make a habit of.

"[The injuries] gave me the opportunity that if it does come to that and I do have to play those minutes I know I've done it and I get through it," Havili said.

"My goal here was to get a spot in the team, but with what we're going through at the moment my goal is to have more minutes as a player."

One player who hasn't missed a beat in his comeback from injury has been Dunamis Lui, who has been consistent off the bench over the opening rounds.

In his first full season back after ACL surgery, Lui is averaging 94.4 metres from 10 runs and 18.2 tackles a game.

"I was a bit nervous to start the year, especially the Manly game, but I'm starting to find my feet," Lui said.

"I am sort of forgetting about it now, the first few rounds it was on my mind especially changing directions I couldn't really trust it but it’s feeling good now."

Despite being able to silence some of their doubters for now after their win last week, the Raiders still have a massive task in front of them if they are to salvage their season.

Standing in front of them is a team just as desperate to prove the critics wrong in the Parramatta Eels.

"They're a quality team and they haven't got the results they're been after, but we'll take them [previous results] with a grain of salt," Sezer said of the Eels.

"They'll be very desperate coming down here and the times we've played them recently they've been tough games and they've got a lot of quality across the park, so we'll have our job cut out for us." 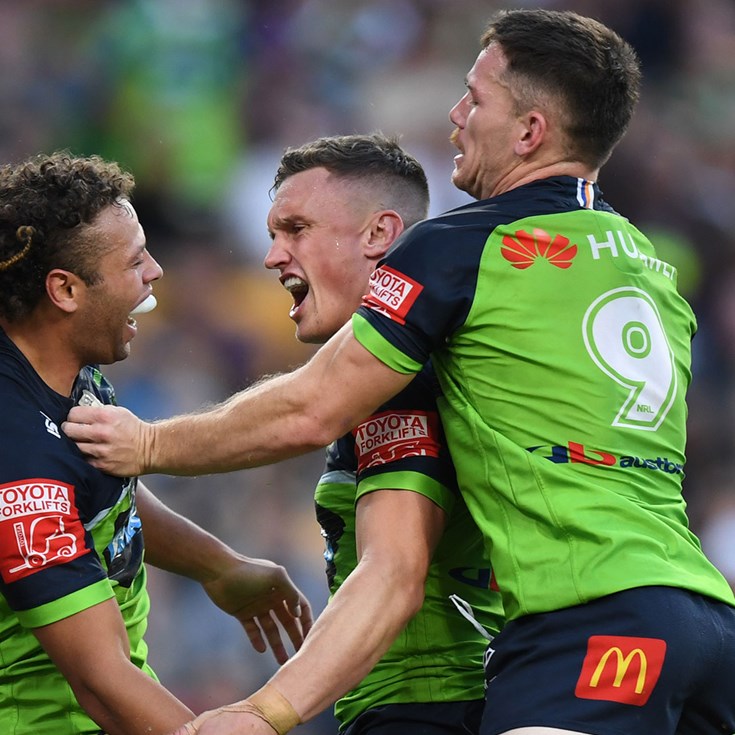