He cannot wait for Manly's round six match against the roaring Wests Tigers on Sunday at Lottoland. There he will face a club sitting in the NRL top-four after four wins to start the Telstra Premiership season.

It is a far cry from how he felt last week, leading up to the game against the Gold Coast. And it's got nothing to do with losing that match 32-20.

It had everything to do with the five operations on his ankle, lower leg and shoulder, which put him out of football last September – nearly seven months ago.

"I knew I was never going to play round one," Walker told NRL.com.

"Last week there was a bit of … not too sure what to call it … in my head. I just had to play to get over that mental hurdle.

"I wasn't too excited to be finally playing again. I was just so nervous, not knowing how the ankle will hold; how the shoulder would hold up."

"I was blowing hard but I'm so much better having got that much out of the way,'' he said.

"I didn't feel like [injuries] were giving me grief out there, or that I couldn't do something. I am so much more confident this week. Now I'm itching to get out to play. Last week I was like 'I'm not too sure'.

"Now I'm looking forward to getting those combinations in the team going again – getting my groove back.

"I always hold myself to a high standard. Last week was a step in the right direction for me but this week I really want to come back and have an impact."

"You can have 15 runs for 200 metres, but did you really impact the game?" Walker said.

Sea Eagles coach Trent Barrett will be looking for some point-scoring action from his right-side centre. Walker crossed for 13 tries in 25 games last year.

But he won't be goal-kicking, unless Daly Cherry-Evans is not available. The injuries Walker suffered were to his right leg – his kicking leg.

"He's kicking really well," Walker said of his skipper, who took it upon himself to be chief kicker this year. Walker (28 goals) and Matthew Wright (36) shared the duties last season.

"He's kicking a lot better than I was. I'm still going to practise, just in case, but I only had my first kick a couple of weeks ago."

As for a return to the NSW Origin team, Walker will keep working on that too.

"Origin is always a talking point. But for me it's about playing well, and I only had my first game a week ago. The standards I hold myself to will be rising each week.

Another returning for Manly from injury, but only after a fortnight out, is fullback Tom Trbojevic.

"He will handle it fine. He really enjoys his footy; enjoys training," said older brother Jake Trbojevic of the pressure on Tom to keep producing eye-opening performances.

"He always wants to put his best foot forward and be consistent."

That is something Jake admires about the Tigers right now.

"They are a tough side. They base their game on defence and they're impressive," he said.

"They are winning the tight games and that must mean a great attitude. They are really fun to watch." 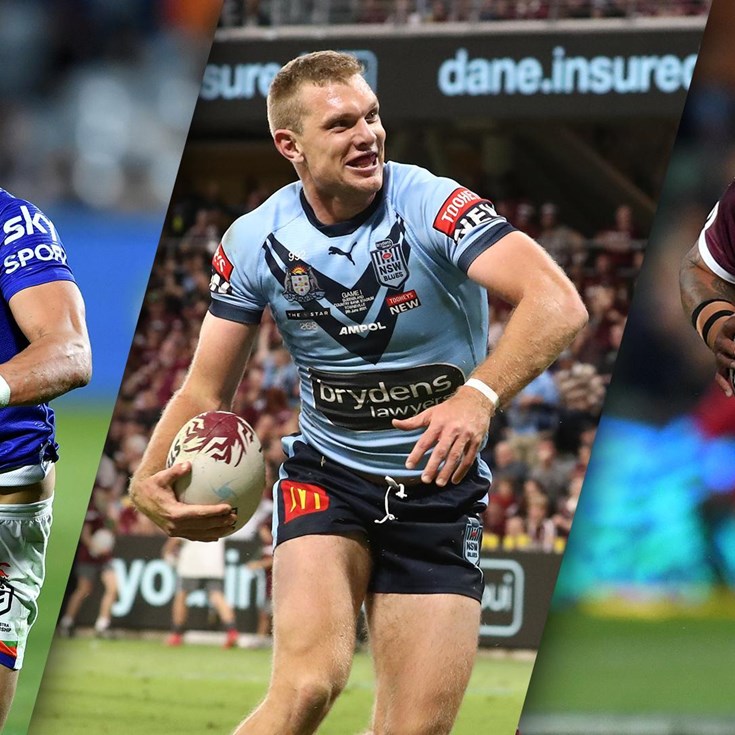