The Sharks' fourth defeat in their opening six rounds was compounded by the loss of the quartet, with fears that Fifita had ruptured his anterior cruciate ligament, while Gallen had his right knee in a brace and Graham’s hamstring was heavily strapped.

Lewis also failed to finish the match after suffering a corked knee six minutes before fulltime, leaving Cronulla’s entire back row sitting on the sideline or in the dressing room.

"We will know a lot more tomorrow with scans but it is not looking real good at the moment," Flanagan said.

"I don't want to speculate too much on how long they will be out for but Andrew and Paul are both knee injuries, Wade has a hamstring injury and Luke Lewis has a hamstring/knee injury as well."

Prop Matt Prior, who won premierships with the Dragons in 2010 and Sharks in 2016, was also placed on report for a high tackle on James Graham midway through the second half and will face an anxious wait for the NRL match review committee to announce charges on Saturday.

It is understood the possibility of a more minor posterior cruciate ligament injury has been ruled out for Fifita, who left WIN Stadium with a family member rather than catch the team bus back to Cronulla.

The initial diagnosis was that Gallen had suffered medial ligament damage after being tackled from behind by Paul Vaughan while attempting to kick the ball in the 13th minute.

"It just got twisted the wrong way. It is probably a medial strain," Gallen said "It is just one of those things that happen in the game, unfortunately, it happened to all of our senior players. We were looking for a senior player to come up and do the press conference and there was no one left."

Fifita hobbled to the sideline in the 34th minute, just before Dragons hooker Cameron McInnes raced out of dummy half, sidestepped Graham and outpaced Sharks fullback Matt Moylan to put the home side ahead 16-10.

It was unclear if Graham had suffered the hamstring injury earlier or did it as he tried to react to the acceleration by McInnes out of dummy half.

With Gallen and Fifita already out of the game, Graham tried to play on but he came to the sideline in the 48th minute.

When Lewis limped from the field seven minutes from the end, Cronulla coach Shane Flanagan had no players left on his interchange bench.

The Sharks were already without the services of Fiji second-rower Jason Bukuya, whose absence due to a groin injury led to rookie prop Kurt Dillon making his NRL debut against the Dragons.

If Gallen, Graham and Fifita are unavailable for next Sunday's match against Penrith, Flanagan may have to call on two more rookies in Scott Sorenson and Jack Williams.

"We are not playing well and we've got some injuries now but I suppose the Sharks with their backs to the wall, we will see what team turns up next week because I am not happy with the way we are playing," Flanagan said.

"Our backs are against the wall now and we are going to turn up and win some footy games really quickly."

The Sharks have won just two of their opening six matches, against Melbourne and Parramatta, and face another tough game next weekend against Penrith, who are currently sitting in third place on the NRL ladder.

"There were some real soft tries, two in particular, through the middle, we are not starting halves very well. our discipline in the first half got us behind, then it was 18 points in the first 10 minutes of the second half and game over," Flanagan said. 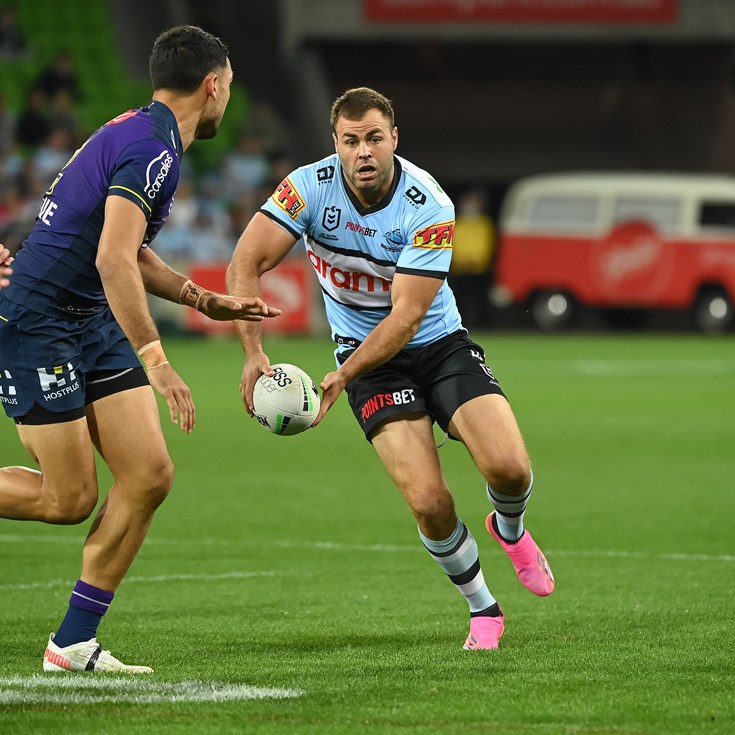 Sharks to take cautious approach with Graham after latest knock