A lack of of physicality from the opening whistle has left the Warriors scratching their heads after their first loss in the Telstra Premiership at the hands of the Brisbane Broncos.

The home side, in front of more than 15,000 fans at Mt Smart Stadium, were off the pace from the outset.

Broncos winger Corey Oates sliced through some soft defence to score after just five minutes of play, but Warriors coach Stephen Kearney said alarm bells were ringing for him even earlier.

"I thought they (Brisbane) came here with real commitment, real intent and from the outset we just didn't match that," he said.

"From that point of view it was disappointing. In this game if you are not there physically, it makes for a tough night."

Kearney said his team trained well all week and saw no signs they would come out flat.

While the Broncos only finished slightly ahead on the total metres gained, Kearney said ultimately his side wasn't in the contest for the 80 minutes.

"The truth is they were more committed to the contest tonight than we were," he said.

"And that's not good enough. If you are lacking physicality the other stuff just doesn't work quite as well.

"The important thing for us is the lessons we take from tonight's loss. For me it's about making sure individually and personally we take ownership of this one and put things right."

In a losing effort, Warriors captain Roger Tuivasa-Sheck was a standout and looked his usual threatening self with each carry.

But he echoed the frustration of Kearney about his men going missing early and being forced to chase the game.

"It was tough, usually we come out nice and calm and focused on our roles, but we went into that first set, that first physical battle and we just weren't responding," Tuivasa-Sheck said.

"When we did finally respond we were able to score some points but it just wasn't enough." 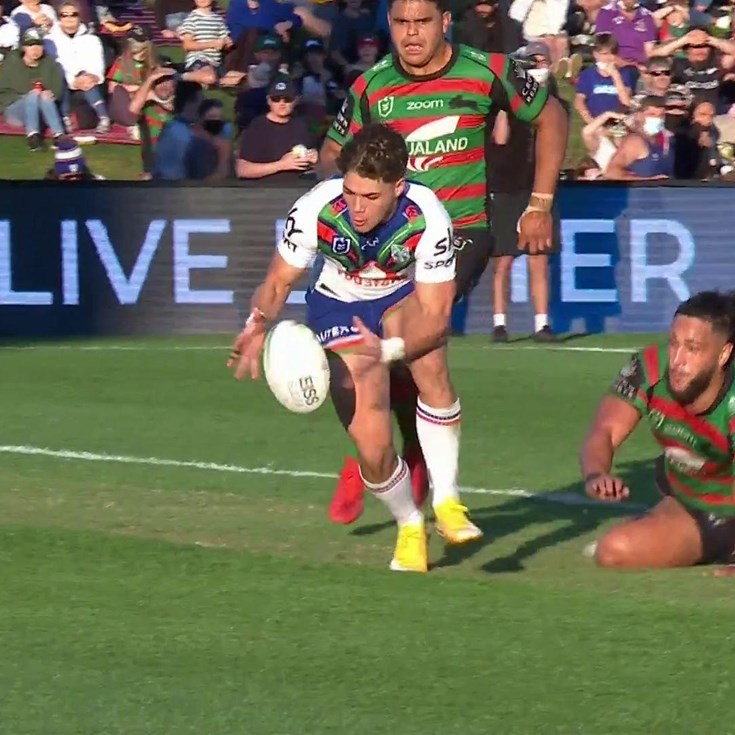