He's been a staple in the Warriors No.7 jersey since bursting on to the NRL scene in 2011, but Shaun Johnson's spot in the side could be under threat, says coach Stephen Kearney.

For the second time during the current Telstra Premiership season Johnson went down mid-week with a leg injury forcing Kearney to select Mason Lino at halfback.

And just like he did against the Sydney Roosters in round four, the 24-year-old Samoan-born play maker led his side to victory on Friday night in Auckland 20-12 over St George Illawarra.

Lino scored the opening try of the match and finished with one try assist, a line break, and 13 tackles to go with 80 running metres.

Now two from two as a starter this season, against the pre-season title favourites in the Roosters and the previously unbeaten Dragons, Lino is putting genuine pressure on Johnson.

"He certainly has given me a selection headache there, there's no doubt about that," Kearney said.

"But it's not just his two performances this year, in which he's been great, but all the lads love having him in the team and around training. So he's a handy guy to have in the team that's for sure."

Out on the field, the players look to their halfback for direction and captain Roger Tuivasa-Sheck says Lino continues to deliver. However it's not just his game management his teammates appreciate.

"He (Lino) was awesome for us, right from training he's always got that good energy and the boys really do love playing with Mason he's got that buzz about him," Tuivasa-Sheck said.

"When he gets onto that field he knows his job really well and he can execute. I thought once again he did a job for us and even defensively the way he can get up there and stop those big guys, he's been great."

Kearney said the Warriors injury ward of Johnson (leg), Solomone Kata (ankle) and Tohu Harris (concussion) would all be assessed in the coming days before the side travels to Melbourne to take on the Storm in Wednesday's Anzac Day clash.

"All three are a chance for Wednesday, we'll take the next day or so to assess them and see how they pull up," Kearney said.

"Tohu will have to go through the concussion protocol and Sol and Shaun will have a run at some stage to see where they are at." 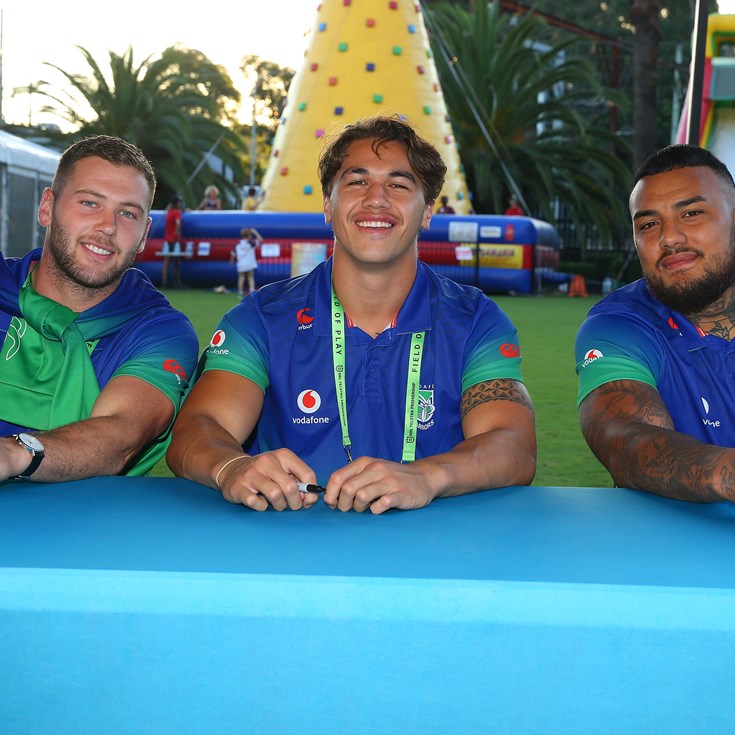