The Wests Tigers have had their two highest- paid recruits watching from the stands but haven't missed a beat thanks to rarely seen depth in their first-grade ranks.

Josh Reynolds has spent just 28 minutes on the paddock due to hamstring and shoulder injuries since arriving from Canterbury on a $3 million, four-year deal.

Forward leader Russell Packer joined him on the sidelines after defending the final five minutes of their gutsy round-five win over Melbourne with an MCL rupture in his knee, with both star signings out for at least another fortnight.

While the Telstra Premiership's upstarts surrendered a lead they shouldn't have to Newcastle, they are still sitting pretty in fourth spot with several key figures now confirmed to take on Parramatta this Sunday.

Co-captain Chris Lawrence (hamstring) returns having missed the trip to Tamworth, while Elijah Taylor (concussion) and Jacob Liddle (sternum) also bolster the pack after failing to finish against the Knights.

Whereas the loss of a playmaker and their premier prop would have put a line through the Wests Tigers in previous years, inside their inner sanctum it barely rates a mention.

"We haven't really spoken about those guys being out because the guys that are coming in, we know that they're going to do just as good a job and be able to fill their shoes and get the job done," Lawrence said.

Almost a dozen off-season arrivals - including Packer, Reynolds, Benji Marshall and Ben Matulino - would point to an overnight overhaul at Concord.

But also at play in the Tigers development is the fact that their 2017 average age was 24.4 years, the second-youngest squad in the game behind Penrith.

The likes of Matt Eisenhuth, Esan Marsters, Jacob Liddle and Malakai Watene-Zelezniak have since matured into regular first-graders.

"We've had a really young squad the last couple of years and when your depth gets tests you get those young guys and sometimes some inconsistent performances throughout a season.

"But with those senior guys coming in their preparation and their training is usually at a higher standard so you get a bit more consistent performance.

"And if a guy goes out you can be confident the guy coming in can do a job." 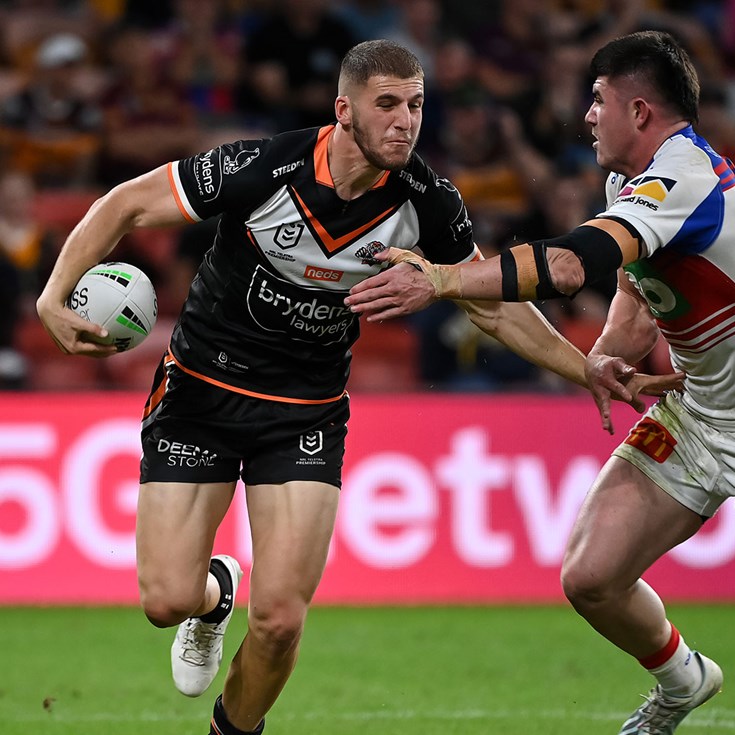