The NRL Fantasy form guide, injury news and key changes for all 16 teams heading into the eighth round of the Telstra Premiership season.

Dragons: Jacob Host replaces Hame Sele in the only change to the 17. Ben Hunt made a whopping 90 in a losing side against the Warriors to bump his season average back over the 50-point mark, but it came out of the blue following back-to-back scores in the 30s. Jack de Belin (72) and Cameron McInness (67) are also in good scoring touch, while Euan Aitken (47 without a try) has just one score below 40 this season.

Roosters: Sio Siua Taukeaiaho is back from a knee injury and will return via the interchange with Frank-Paul Nuuausala bumped out of the 17. Jake Friend is in some doubt after suffering a concussion on Thursday and his price is falling quickly after scores of 36, 20, 31 and 30, after he'd started the season with 54, 57 and 70. Ryan Matterson's place as a Fantasy keeper in 2018 looks safe now after his first big score without a try – a 70 featuring a huge 65 tackles in Thursday night's grind against the Bulldogs. James Tedesco (57) again scored well without have a huge on-field impact for his team.

Storm: Jesse Bromwich (knee) is out for 1-3 weeks and is a definite sell for those who have him. Tim Glasby replaces him at prop, with Kenny Bromwich moving to lock and Joe Stimson joining the interchange. Nelson Asofa-Solomona's price is also moving the wrong way at the moment. The Camerons, Smith and Munster, are the only two Melbourne players to average better than 40 points a game this season.

Warriors: Tohu Harris (concussion) and Shaun Johnson (groin) are both out in a couple of big blows for Fantasy coaches and the Warriors – although the team got the job done against the league leaders without both of those big names on Friday night. Issac Luke (62) and Johnson's replacement Mason Lino (56) both starred in a great win over the previously unbeaten Dragons, while Simon Mannering made 45 tackles in his first 80-minute performance of the year for 47 points.

Rabbitohs: Sam Burgess has copped a two-week suspension for a high tackle and is replaced by cut-price gun Cameron Murray who is back from injury and still good value at $673,000. Adam Doueuhi is named on the bench ahead of Hymel Hunt, who is in the reserves. Damien Cook is playing his way into a NSW Origin jersey but is a must-have regardless.

Broncos: Andrew McCullough (elbow, 4-6 weeks) is out, with Josh McGuire to start at hooker in his place. The resulting pack reshuffle is good news for cash cow options Tevita Pangai jnr – who replaces McGuire at lock – and Jaydn Su'A who starts in the second row with Korbin Sims moving back to the bench. Sam Thaiday starts at prop. Jack Bird's future as a Fantasy buy looks bleak after he made just 5 in 80 minutes against Melbourne but he will wear the No.7 this week with Anthony Milford playing five-eighth. Matt Lodge is a sell.

Sea Eagles: Brad Parker will miss at least a month with a knee injury, with Matt Wright replacing him on the wing and Lewis Brown joining the interchange. Daly Cherry-Evans had a week to forget both on and off the field in round seven, with his team thumped by the Eels and the halfback finishing with a season-low 19 Fantasy points. Jake Trbojevic (39) and Apisai Koroisau (23) also had a season-low scores having been reliable 50+ players in previous weeks. Jack Gosiewski is looking a slow-burn cash cow after matching his season average with a 28 against Parramatta.

Knights: Mitchell Pearce (pec, 10-16 weeks) is out in a major blow for the Knights, with Connor Watson returning from injury to join Jack Cogger in the halves. Cogger only scored 22 in his first game of the season last week but he could pick up the bulk of Pearce's usual kick metres and is very cheap for a starting halfback at $261,000 – although Brock Lamb is in the reserves and could win the spot back in the weeks to come. Ken Sio bagged a hat-trick for 72 points last week but that won't happen too often, while Slade Griffin (41) didn't play the full 80 minutes despite fellow hooker Danny Levi dropping off the bench – he's still scoring fine but is ready to be cashed out or upgraded.

Panthers: No changes. Another try for Viliame Kikau in his third 80-minute performance of the season has him on track for a massive $400,000 in price rises after his latest score of 66, while James Maloney (41) earned another $57,000 with a solid score of 41 in the loss to Cronulla. James Fisher-Harris is looking more cash cow than keeper after making 36 and 41 in the past fortnight.

Bulldogs: Also unchanged. Raymond Faitala-Mariner scored 59 without a try in last week's tackle-fest against the Roosters while Jeremy Marshall-King is exceeding expectations as a cash cow with 57 in that game, including five tackle breaks and a try save. Playmaking fullback Moses Mbye still managed 40 in a game featuring very little attack and he's got a high break even for another week due to his -1 in round 4.

Titans: Interesting news here with Kane Elgey dropped and Bryce Cartwright ($343,000) named at five-eighth where he thrived as a Fantasy scorer at Penrith a couple of years ago. Brendan Elliot replaces Tyronne Roberts-Davis in the backline. Mitch Rein was a bit of a gamble as a cash cow option last week but the gamble has just about paid off already, with Rein's 67 in 80 minutes earning him a $53,000 price boost in his first game in the No.9 jersey since Nathan Peats was sidelined. Peats has a ribs cartilage injury and could be back in two weeks or five weeks, but Rein's role as a scorer and short-term cash cow could still potentially make him a valuable option to bring in now. Jai Arrow (66) and Jarrod Wallace (62) both got through plenty of work against the Cowboys last week and can expect a similar workload against Cronulla.

Sharks: Wade Graham (hamstring) and Jayson Bukuya (groin) return from injuries but Luke Lewis (calf) is out, meaning Scott Sorensen gets another start in the second row where he scored an excellent 69 in 80 minutes in his first game of 2018. His job security is a big risk though, depending on Luke Lewis's injury prognosis. Andrew Fifita's 66 in 73 minutes against the Sharks was a remarkable turnaround after talk of a potentially long-term knee injury just a week earlier. He won't play as many minutes too often unless more injuries hit the forward pack but he has now passed 60 three times this season.

Cowboys: John Asiata (pec, 10 weeks) joins the casualty ward but Shaun Fensom is back for his first NRL game since last year's grand final. Coen Hess is scoring tries and playing the full 80 and looks a genuine keeper this year, with 70 against the Titans last week taking his average close to 55 for the season. Jason Taumalolo also scored in that game and is coming off scores of 81 and 60, and he's still $113,000 cheaper than his starting price.

Raiders: Josh Papalii starts at lock with Luke Bateman coming off the bench in Canberra's only change. Only two Raiders made more than 40 in last week's loss to Souths, with Elliott Whitehead needing two tries to get to 49. Siliva Havili played 40 minutes against the Rabbitohs after playing big minutes in previous weeks and has almost peaked after close to $250,000 in price rises.

Eels: Jarryd Hayne (hip flexor, 4 weeks) had an unsuccessful return from injury last week but Parramatta do now have a win to their name at least. Bevan French returns to the side on the wing. Corey Norman (77) and Mitchell Moses (70) starred in Parramatta's first win of the season against Manly on Sunday but you'd like to see more consistency from them before considering them as Fantasy buys, while Daniel Alvaro keeps on delivering with 52.

Wests Tigers: Elijah Taylor (concussion), Jacob Liddle (sternum) and Chris Lawrence (hamstring) have all shaken off injury concerns to be named this week, with Josh Aloiai moving to the bench to make way for Lawrence and Alex Twal dropping out with a shoulder injury. Corey Thompson is still getting the job done for Fantasy coaches with 40 last week and a terrific $293,000 in price rises for the season, but he has just about peaked. Those who have taken the gamble on Luke Brooks should probably be pretty happy with a 46 in a losing side, featuring a season-high 405 kick metres. His lowest score in the past month is 45. 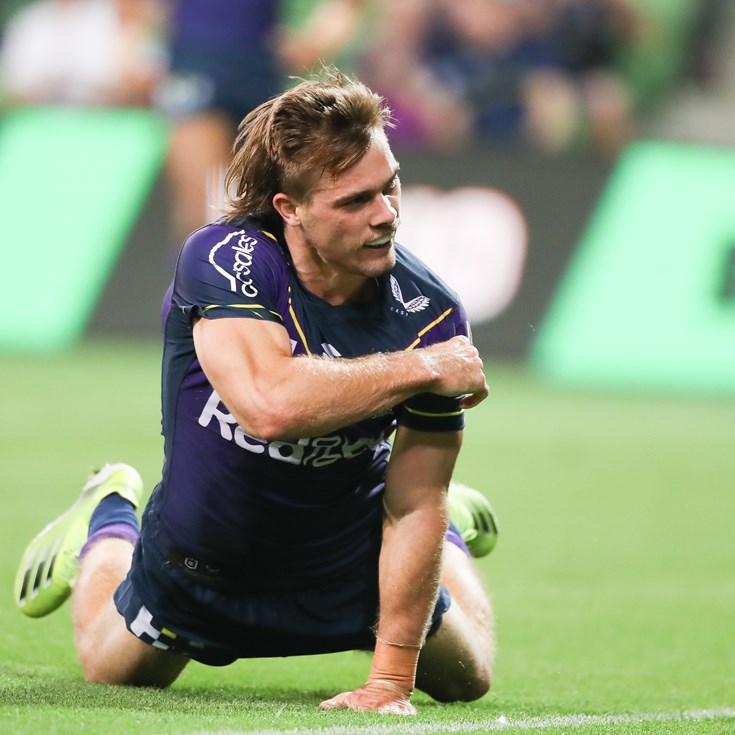