If star of the future Phillip Sami achieves what Titans coach Garth Brennan predicts for him in 2018, the 20-year-old will be thankful for the driving force from a cousin who didn't fulfil his NRL dreams.

Sami's home town of Goodna, between Brisbane and Ipswich and famous for producing ARL Team of the Century hooker Noel Kelly, has had some promising footballers pass through its ranks in recent years like Lama Tasi and Taiaolo 'Junior' Vaivai, who are plying their trade in the English Super League after not fulfilling their potential in the NRL.

Another was Sami's cousin Bradley Soe, who was recruited by Wests Tigers from a Keebra Park High School team that made the final of the Arrive Alive Cup in 2010.

After two seasons in the National Youth Competition and another in the Intrust Super Premiership during which he required a shoulder reconstruction and never made his mark in Sydney, Soe returned home at age 21 and has not played since.

Now 25, he is content being a spectator with a partner, two children, a steady job and an admirable fitness and work ethic. Yet he also possesses a desire to ensure his cousin realises his NRL dream.

So, as soon as the 2017 season finished – with Sami playing four NRL matches and also representing Queensland under 20s – Soe was knocking on his door every weekday morning to take him to a field session then to the gym for weights before Soe would head off for his afternoon shift with delivery company Startrack.

Sami was soon rewarded with a new contract at the Gold Coast by Brennan, who was highly impressed with his fitness and attitude. He has been selected for 11 straight Titans matches since round 24 in 2017, and the coach had enough faith to move him to the centres last week, the position where Sami would like to make his own, long term.

And the talented three-quarter says he has been inspired by the prompting of Soe, and the belief shown in him by his cousin and Sami's older brother George who played some Intrust Super Cup matches for Ipswich.

"Last year my goal was to make my NRL debut and I was lucky enough to achieve that, and that was pretty emotional for me and my family who have supported me; George has been a big part of my success too," Sami said.

"Going into the off-season I made it a goal of mine to train hard and put on some muscle and come back to pre-season fitter than I've ever been, to set up my season and hopefully get an NRL position and keep it.

"My cousin helped me do that and I hope I'm repaying him now. He was always there with me during the off-season and we did field sessions then go to the gym straight after. He made me eat well and keep me on track.

"Some days when I didn't want to go training he'd come to my house at Goodna and pick me up and make sure I put the work in. He's close to my brother and they both love their footy and just want me to achieve the things they didn't."

When Sami runs out for the Titans at Cbus Super Stadium against Cronulla this Saturday, brother and cousin will be part of a large family contingent willing on Sami who, just 20 months ago, was packing bedsheets and towels in a Wacol factory before a two-hour round trip four times a week to training.

He now lives with fellow Titans young gun Alexander Brimson, close to the club's Parkwood base.
Soe, also a centre-winger like Phillip and George Sami, admits he misses the game and might return to the local league at some stage. Yet his satisfaction comes from Sami's progression.

"The whole point of training with him was to help for him to fulfil his potential," Soe said. "I have some regrets from my career, but I feel I gave it all and wanted to use my experience to help him.

"I train a lot harder now and I just wanted to tell Phillip to work hard and try not to take any wrong steps along the way.

"He looks more confident on the field now, he's stronger and handles the impact better. He's such a good person and I'm proud of him and just want to see him achieve what he is capable of." 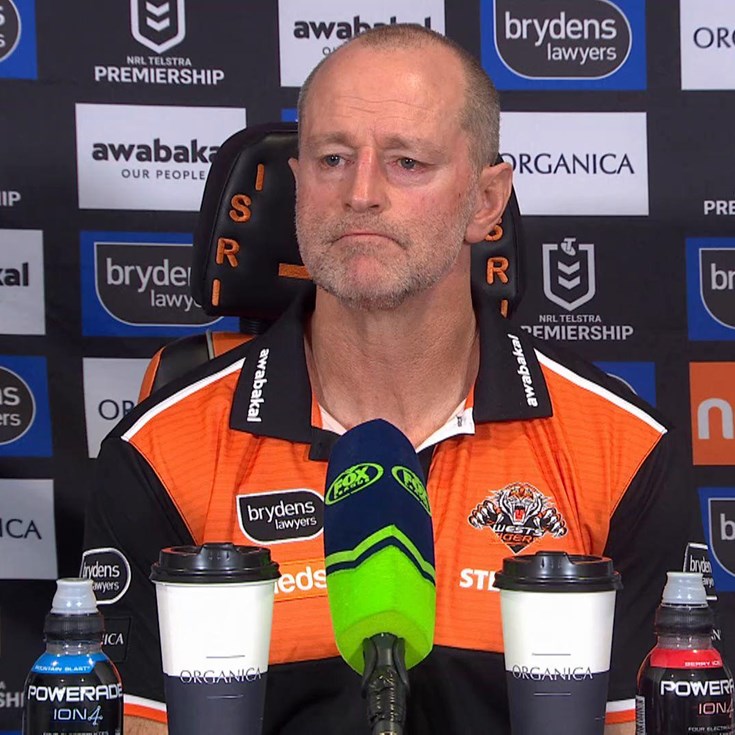