Payne Haas is the smiling, silent assassin Sam Thaiday wants Brisbane to build their forward packs of the future around, as the club moves to head off rivals ready to offer top dollar for the boom teenager.

Haas had punters and pundits alike raving after his 20-minute debut cameo against the Rabbitohs on Thursday night, throwing his 194-centimetre, 118-kilo frame into the fray to the tune of Phil Gould declaring "you’re seeing the birth of a superstar" in Nine's commentary.

Rivals have already started circling the 18-year-old with offers upward of $500,000 a year being touted, although NRL.com understands the Broncos have also entered discussions with Haas's management about a contract extension.

Haas is off contract at the end of 2019, and can formally field offers from across the NRL from November 1.

Of Brisbane's long line of representative forwards across their 30-year history, only Thaiday and Dave Taylor have debuted at a younger age than Haas.

"He's a player we need to secure going forward and Tevita Pangai jnr is another great player you can build a great forward pack around," Thaiday said.

"The best thing about Payne is he's got a real level head on him and he's got a great family around him as well that keep him grounded and keep him very humble.

"He doesn't say much at all, which is good. It means he won't get himself in trouble.

"We just tried to keep it simple with him this week, he found out on Monday that he was playing and he couldn't keep the smile off his face. He didn't say much but he did a fantastic job."

When Brisbane poached Haas from the Gold Coast in 2016, they did so with 15 NRL rivals in pursuit of the youngster.

Some home truths from Wayne Bennett about how and when he could realise his potential saw Haas, the third oldest of 10 children, make the move up the M1.

Bennett's influence on the junior star has been telling, with the veteran coach bringing him along slowly via the Intrust Super Cup and shielding Haas from media requests.

Having begun his own 16-year, 286-game career in similar fashion, Thaiday naturally sees Bennett and the Broncos as the best environment for the teen tyro.

"He'll continue to work at his trade over the next few weeks for sure," Thaiday said.

"He's got a fantastic engine on him. He's a big boy and we can really make a first grader out of him if he hangs around the Broncos I'm sure." 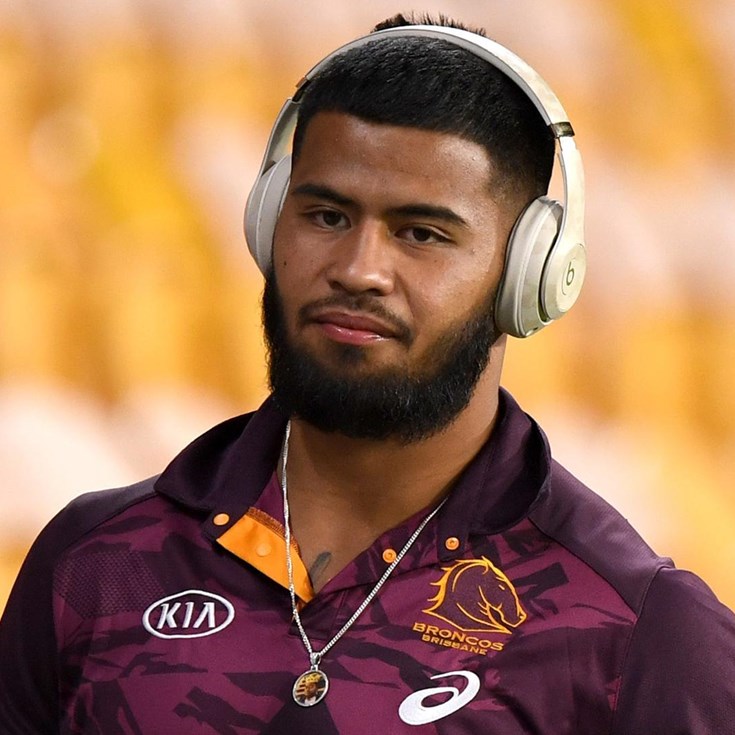