The core of the all-conquering Queensland teams of the past decade is beginning to retire and be replaced by younger models, but there is every chance to the 2018 side keeps plenty of stability from last year's winning side.

There are only two names certain to be missing from last year's line-up which clinched the series in game three - halfback Cooper Cronk has retired from rep footy and back-rower Matt Gillett is unavailable with a neck injury.

A host of other players are battling injury or form questions, with the likes of Josh Papalii, Dylan Napa, Valentine Holmes, Tim Glasby (broken thumb) and Josh McGuire (Achilles) no certainties to retain their spots.

While last year's NSW game-three squad has just four certainties to retain their spots, Queensland arguably have as many as nine names who simply need to remain injury-free to be assured of lining up against the Blues in this year's Holden State of Origin series opener.

NRL.com has analysed the selection case for each of the 17 incumbent Maroons players from 2017.

Billy Slater made a simply unbelievable return from a long lay-off with a shoulder injury last year; while you never write off a champion few would have predicted him to have one of the best seasons of his career and to still have his old zip and spark was even more impressive. He hasn't been quite as explosive to start this season but with Darius Boyd battling hamstring and form issues, Greg Inglis still working his way back from a knee reconstruction at centre, and likely future Maroons fullback Kalyn Ponga still finding his way (very impressively) in first grade, the spot should be Slater's again.

The Sharks flyer isn't exactly having his greatest start to a season but he has been excellent in his senior rep career, including winning both of his Origin appearances (with four tries) and scoring 11 tries in two games as part of a successful 2017 World Cup. However, with Dane Gagai a certainty for one wing spot Holmes appears locked in a two-horse race with veteran Darius Boyd for the other. Boyd has had some form and fitness concerns but has a career-long combination with Greg Inglis that will appeal to coach Kevin Walters.

Chambers is the best centre in the country right now and a walk-up start for Queensland and Australia. Next question.

The man who grew into the Cowboys No.7 jersey in Johnathan Thurston's absence last year and guided them to a grand final hasn't had anything like the same impact following JT's return but it still seems impossible he would be left out. His last Origin game at centre was a stop-gap move - he won't play centre this year with Greg Inglis returning - so he will be vying with Ben Hunt and Cameron Munster for a halves spot. If those two get the starting roles, Morgan will find a spot on the interchange. Anthony Milford and Daly Cherry-Evans could also apply pressure with some big performances between now and then.

Man of the series in last year's come-from-behind win and an automatic selection if fit.

Capable of playing almost any spot in the backline and one of the Storm's best this year, Munster is all but certain to be wearing the Maroon No.6 jersey on June 6.

After a glittering 22-Origin career featuring 16 wins, a couple of match-winning field goals and his only series loss (hardly his fault) in 2014 when he broke his arm early in game one then returned to win game three with the series already gone, Cronk has hung up his representative boots.

With the Roosters pack having an up-and-down start to the year there are no guarantees Napa's 94 metres per game will get him back into Origin this year. He's not gone but could use a few big performances between now and then if he wants to add to his three Origin caps.

The Titans badly missed Wallace's power through the middle during his early-season suspension. His impressive start to his Origin career last year and strong 2018 form will be enough to earn him another Maroon jersey this year.

Very much a late bloomer in Origin terms, Cooper looked right at home once he got his belated chance in the sport's toughest arena and would be hard done by to miss out this year. However, he hasn't been a regular in the team through the years and the Cowboys' awful start could count against him. The injury to Matt Gillett leaves a bit of an experience gap that Cooper can help fill as well. All up he should be safe but is less than guaranteed.

There are no questions Gillett is an automatic selection if fit but a fractured neck will put him out of Origin contention this year. Kangaroo and Storm back-rower Felise Kaufusi shapes as a ready-made replacement.

Good last year and going just as well this year, McGuire faces no question marks over his spot in Kevin Walters's side for Origin I provided he is fit - although he did pick up an Achilles injury in Brisbane's round-eight win over the Rabbitohs.

The in-form Dragons recruit is going significantly better now than when he got called up for game three last year. Looks to be in a three-way battle with Cameron Munster and Michael Morgan for the 6, 7 and 14 jerseys but it would be a huge shock if he missed out altogether. Given the representative retirements of Cronk and Thurston, Hunt is the only Queensland-eligible game-managing No.7 in Origin-type form.

Unlike Cowboys teammate Cooper, he is at the start of his career and looks set for a long future in maroon. He's also one of the few Cowboys to be in better form this year than last year. If anything, he's staking a claim for a promotion into Gillett's vacant starting spot.

Papalii is another who could pay the price for his club's poor start to 2018 but Papalii himself has had some form issues, spending one week in the Intrust Super Premiership and not producing the consistent form that led him being selected nine times for Australia and as many times for Queensland over the past five years. He's not gone yet but he needs some improvement between now and then. The Gillett injury opens up one back row spot but Kaufusi and resurgent Aidan Guerra shape as better options for Walters.

The underrated Storm middle forward had the look of a stop-gap selection when he was rushed into add starch to the Maroons pack last year following a game-one capitulation. He did his job superbly and has been good once again for the Storm this year. There's no reason to drop him but a broken thumb picked up against the Warriors on Anzac Day threatens to rub him out of the series opener. 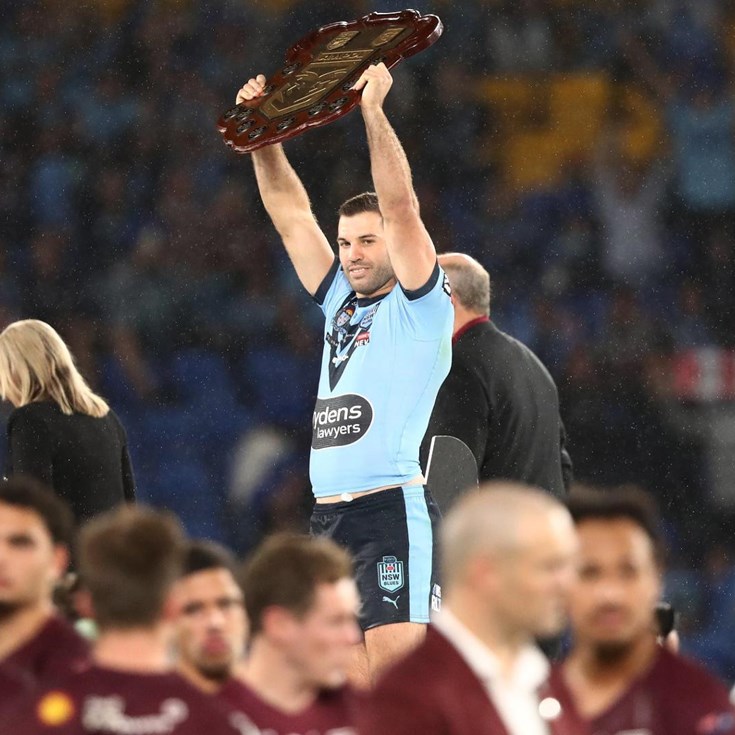