The instructions were clear, the support Jack Cogger received from Newcastle coach Nathan Brown and halfback Mitchell Pearce was welcome, and then the 20-year-old went out and helped win the game.

In just his 10th NRL game, Cogger freed himself of any nerves by taking his team's attack by the scruff of the neck in their 18-12 win over Manly at Lottoland on Friday.

Certainly, there are areas to improve on - Cogger and Brown both labelled kicking as the major one.

But overall, the Toukley Hawks junior received more than just a pass mark.

''I felt in the game from the start,'' Cogger said.

''As with all halves as you get further into the game and opposition forwards start to tire you can take a bit more control.

''I thought we had some good plays and off the back of them, a few tries. You obviously want to get your first touch pretty quick, and I did with a kick in the first set.''

It is devastating for any side to lose their No.7. But Cogger also knows the door is now open with Pearce expected to be sidelined for three months with a torn pectoral.

''Mitchell is a great player and he's been really good for us in the first seven rounds so it's always hard to lose a player like that.

''But it gives me an opportunity and hopefully I take it with both hands and do the best for the team.''

Cogger knows exactly what he wants to achieve over this block of 12 weeks or so.

"I want to keep earning the respect of the players around me [and] I think that will make me play better as well,'' he said.

''I'm definitely ready to take the role on of being the dominant playmaker on the field. Let's see what the next couple of weeks holds.''

Newcastle have been one of the surprise packets of 2018, winning five of eight games.

On Friday night they host South Sydney - a clash which pits Cogger and halves partner Connor Watson against one of the best kickers in the Telstra Premiership - Adam Reynolds.

''Definitely [kicking is] one area for me,'' Cogger said.

''Mitchell obviously has a very good kicking game that we've been used to, so I've got to stand up there, but as a team hopefully we can use a few more guys. KP [Kalyn Ponga] has that left foot, Connor on the right and then dummy-half. So if we can share the load a bit I'll get better at my bit.''

Final instructions from Brown - and an encouraging pat on the back from Pearce - and the previously untested Cogger-Watson combo was ready to face the Sea Eagles.

''Browny just told us we were capable of doing the job if we believed in ourselves,'' Cogger said.

''I thought we did our roles pretty well. We can always improve but we came away with the win.

''Mitchell just told me to back myself. I was pretty comfortable throughout the week with a lot of the boys telling me they were comfy with me and thought I could do the role.

''I believe in myself and thought I was going to have a good game and I felt I played a solid game.''

Cogger definitely has the pedigree. A former NSW under 18 and under 20 player, he was also a 2014 Australian Schoolboys team member.

''Connor's number one attribute is his running game. He's taking the line on like a jack-in-the-box.

''Coggs' kicking game we need to work on a bit, but the team needs to help him. From a ball-playing point of view, even though KP set up the last try, I thought Coggs' decision-making was good and his passing game was good to help us gain momentum in those tries that we scored." 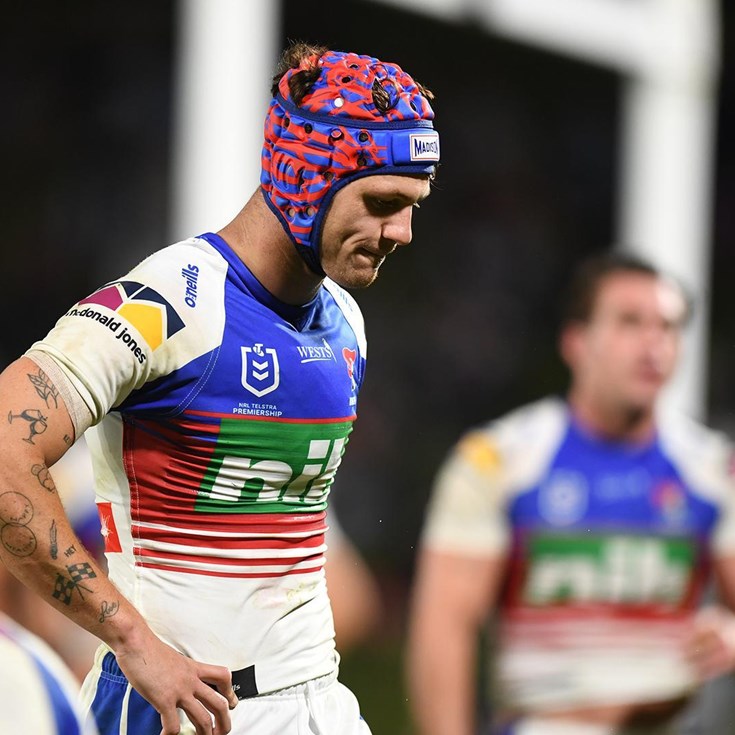