Christian Welch used to watch on in awe as James Graham went about his work on a rugby league field.

As part of his footy education, the rookie Storm prop was given an assignment: study the way the Englishman plays.

Watch his aggression, his effort, his defence. Notice the little things he does. And how he never gives up.

Now, after three years and 43 Telstra Premiership appearances, Welch will try to match the man he studied all those years ago when the Storm play the Dragons on Sunday.

"I actually had a lot of video review of [him] and I loved what I found," Welch remembered.

"He is aggressive, a team-first player, and has got the work ethic that's second-to-none in the competition.

''You put him with Jack de Belin and Paul Vaughan, who are probably going to play for NSW in Origin this year, so they've got a formidable team. It's going to be pretty fiery game on Sunday."

Welch has played eight games in 2018 and filled the breach admirably after injuries to Jesse Bromwich and Tim Glasby.

He's part of a pack that Ryley Jacks called "the best in the competition" during the week.

Has the 23-year-old tried to incorporate any of Graham's traits into his own game?

"I think [when] you see the effort plays - that's James Graham," he said.

"He's all about the effort and working for his team, and doing the little things that don't necessarily get picked up on, so yeah, I certainly appreciate the way he plays his rugby league and I'm a big fan."

Getting a starting berth has accelerated his learning and to play in front of family and friends against the Warriors was pleasing.

"Anytime I get to play for the Melbourne Storm - whether it's starting or off the bench - is a real privilege for me. To have my parents and some family friends from Brisbane in town to see the game was really special.

It's continued a steady rise as he looks to cement his spot in the game-day 17.

Welch gets another chance on Sunday as he replaces the injured Glasby.

Rugby league isn't all about individual battles - but no doubt Welch will be hoping to get one over the topic of his assignment all those years ago. 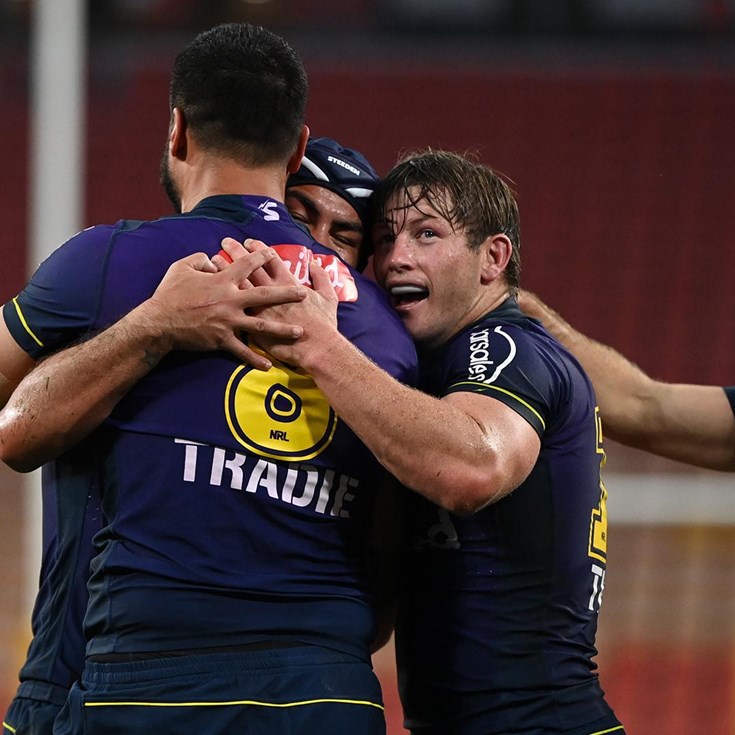 Ponissi: Why strong clubs will blossom in uncertain times