Several players like Jason Taumalolo have turned their back on New Zealand to represent  their South Pacific nation heritage but Wests Tigers centre Esan Marsters is focused on getting his first Kiwis Test jersey.

Marsters, who played for the Junior Kiwis before representing the Cook Islands at senior level in 2015 and 2017, has declared his ambition is to run out for the Kiwis in the Denver Test against England on June 23.

The 21-year-old has been a standout in the early rounds of the Telstra Premiership and is confident if he maintains his form he will keep putting his name forward for selectors to consider.

The Tigers face the Warriors at Mt Smart Stadium on Saturday, which will pit Marsters up against Solomone Kata and Peta Hiku, two of the other leading contenders for centre spots in the Kiwis side.

"I definitely want to try and make that side but in saying that if we can get a few wins and if I can keep playing some good footy hopefully I can make that side.

Tigers hope to get back on track

"There are a few boys that are a chance of making that team and they are playing really well. I'm not saying that I'm not going to make that team, but hopefully if I can do all the right stuff I feel I can make the team.

"This is only my second year and it's only my 22nd (NRL) game coming up so I'm still trying to learn as much as I can from the more experienced guys, and if I do get the chance to play (internationals) I'll try and take it with two hands."

Marsters made his debut as a back rower in round 13 last year but was switched to centre a fortnight later by coach Ivan Cleary and his form has flourished ever since.

"I'm pretty happy in the centres at the moment," he said.

"I did debut at back row and it was a big difference for me coming from there and going and playing centre. Having a lot of experienced players around me helped me with that transition.

"I'm just trying to get a good combination with Benji (Marshall), Nofa (David Nofoaluma) and Robbie (Rochow), hopefully we can build something here."

The Tigers like what Marsters is offering as in April they resigned him for another two years until the end of 2020. 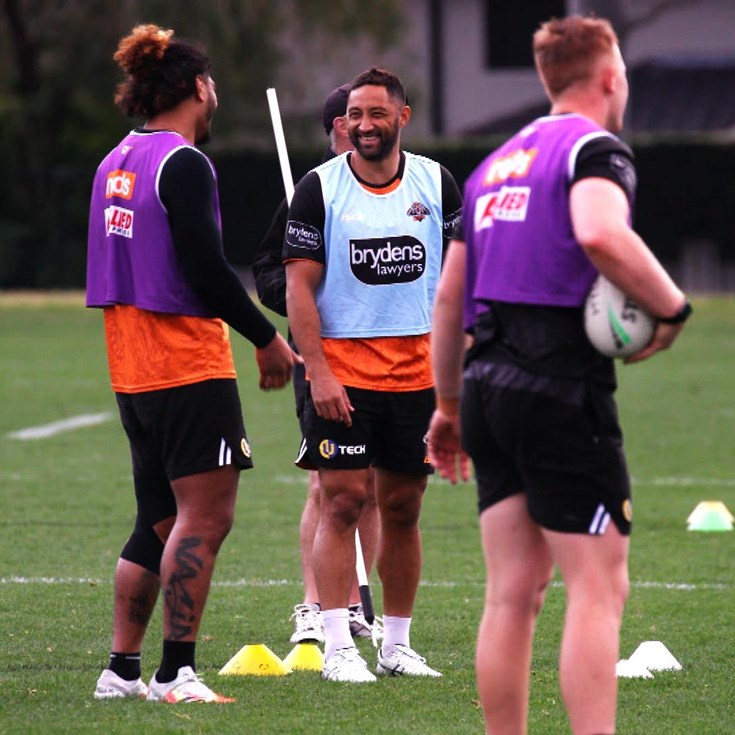 Who started the Harry Grant chant?