South Sydney and Maroons centre Greg Inglis will be a proud captain if teammate Damien Cook is selected in the New South Wales Origin side.

While he is wary of the potential problems Cook's explosive speed off the mark could cause Queensland, Inglis believes it would be a fitting reward for a player who never stops working on his game.

''If he does get a run, congratulations to him, but I am sure he is concentrating on just starting at No.9 [for Souths] for 80 minutes and he has been doing well since round one.''

Cook again showed how damaging he can be in Friday night's 36-18 win over Newcastle, scoring a solo try off one of his trademark bursts.

But Souths coach Anthony Seibold said Cook's prospects would hinge largely on whether Blues coach Brad Fittler and selectors believe that his form at club level is consistent enough.

''He was very consistent tonight and defensively he's been getting better,'' Seibold said.

''I am one of Cookie's biggest supporters. That's why I've got him in the side and playing 80 minutes, other than tonight.

''I'd love to see him play at the next level and he understands that he needs to be consistent to be considered. That's the challenge for him.''

Cook's form has been so good that he has managed to keep former Blues player Robbie Farah in reserve grade.

And if pure work ethic is anything to go by, Seibold will not be rotating the pair any time soon.

''He's had a very big impact on the team, but he's worked really hard at that,'' he said.

''He's worked exceptionally hard over the preseason and put himself in this situation and deserves a lot of the credit. 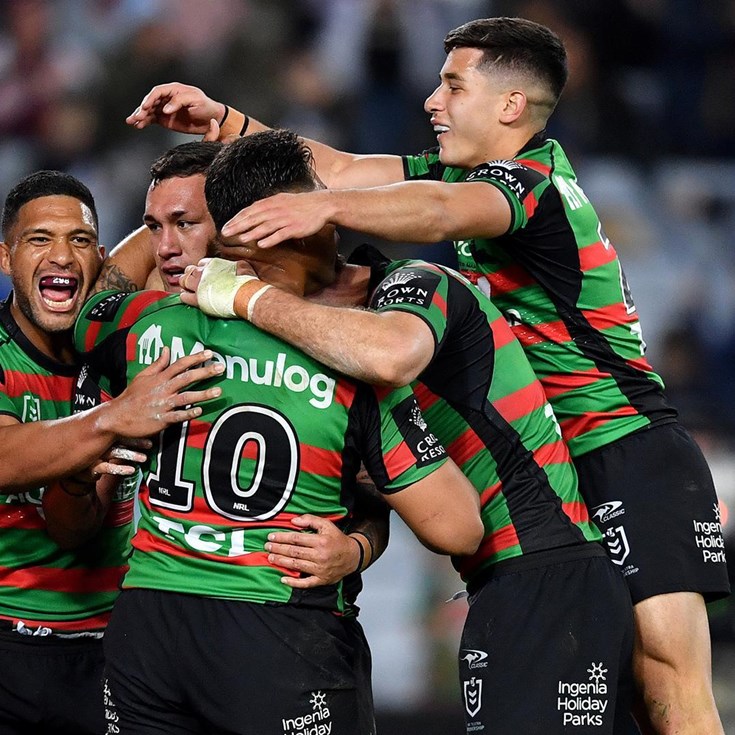