Throw together Andrew McCullough's secret cave, a few stockings and a magic home-spun remedy and you have the ingredients for a miracle cure that had the Brisbane hooker back on the field a month ahead of schedule.

McCullough waltzed through a typically dynamic 80-minute display against the Bulldogs two weeks after an elbow ligament injury had him scheduled to miss up to six weeks of action.

The 28-year-old resorted to an unconventional combination of new and old style therapies.

''I went to a place called City Cave where I got in a magnesium float tank and an infrared sauna and did a bit of yoga,'' McCullough told NRL.com.

''It is something a bit different and made me feel good. I am open minded and if I feel like it is going to work in my head, that is all that matters.''

The infrared sauna heats the body by penetrating the joints and provided McCullough with pain relief and sped up his metabolism.

According to City Cave, the epsom salt float tank allows participants to "switch off, deprive your senses and focus your energy.''

''Mentally if you think it is doing something for you then sometimes that is all that matters,'' McCullough said.

''If you think you are going alright, then you are.''

For several nights McCullough also applied himself to an old fashioned cure-all.

''I got some soda crystals, put them in a stocking and wrapped it up, and then slept with it for a few nights,'' he said.

''A guy in Sydney I know is a masseuse and he helped me out with that. It is an old school remedy that brings out the fluid ... and old school sometimes works.''

McCullough said he raised a few eyebrows when he drove to a pharmacy in Brisbane to get his crystals.

''I had to buy some stockings there as well and the bloke was looking at me a bit strange,'' he said.

The Broncos rake also went to see a masseuse in Sydney and received deep tissue massages, but revealed he had other motivations for making the trip.

''Last year I kind of regretted taking myself away from the team when I was injured with my knee,'' he said.

''I hadn't dealt with an injury like that but it was probably a bit selfish of me as a senior player and that is something I've learned from.

''I know it is not the same injury this time but I wanted to be there to help the guys out. What I have learned is that when you give back it gives yourself a boost, and the boys certainly gave me a boost.''

McCullough's early return against Canterbury was certainly a boost to his teammates and now he has the Sea Eagles in his sights.

''I just want to play footy. I hate watching. I got through the game pretty well and got a lot of confidence from that.

''I've got nine days to recover now which I am looking forward to. I tell myself regularly that I get to do something I love for a living and not many people get to do that. Any opportunity I have to get back playing early is something that I cherish.'' 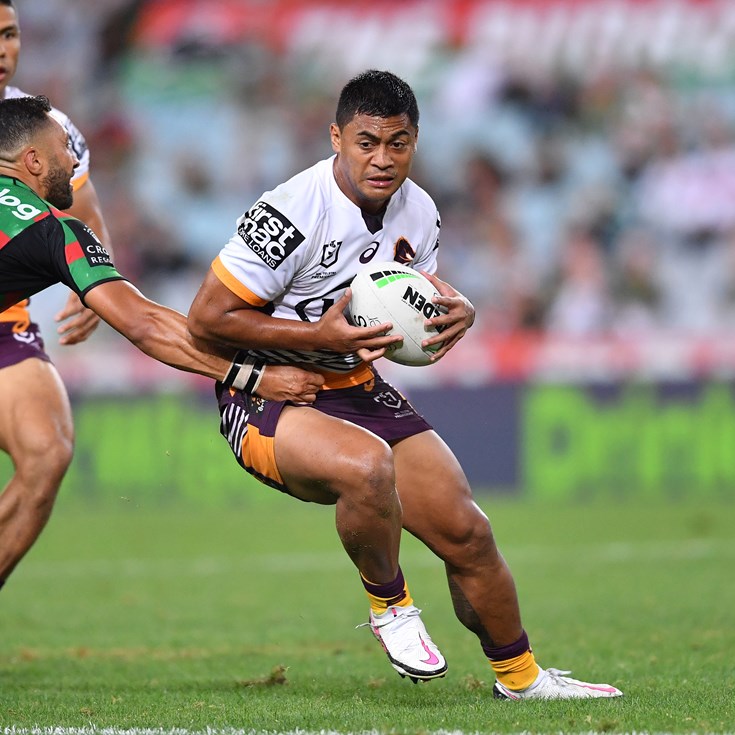