Teammates of Brisbane Broncos teen giant Payne Haas have warned opposition players to take him on at their own peril.

Being one of the most-hyped young forwards in the Telstra Premiership brings with it a large target. Haas has had one on his back since his impressive debut against South Sydney in round eight.

As was the case for Haas in the recent clash with Canterbury, Brisbane winger Corey Oates and prop Korbin Sims expect the 18-year-old to face a similar test against Manly at Suncorp Stadium on Saturday night.

Haas was expected to miss between two and four matches after suffering what was initially thought to be a high-ankle sprain in the win over the Canterbury Bulldogs last week.

The injury turned out to be a minor lateral ligament strain and Haas is ready to rock and be rocked.

David Klemmer lined up Haas in a confrontation in the Bulldogs match where the teenager's head collided with the NSW forward's shoulder.

It is expected the likes of in-form Manly giant Martin Taupau will be coming for him this weekend.

Oates issued a warning when asked by NRL.com if Haas was up to the challenge.

"If they don't get him, he is going to get them," Oates said.

"He is massive. He is so strong and I just can't wait to see him get angry. He'd be a scary man.

"I can't wait to see what he can bring to a big game and see his aggression take over."

Sims has backed Haas to handle what comes his way.

"Everyone sort of gets targeted as a young kid," Sims said.

"I was 21 when I made my debut and I was targeted at the front end of my career. I don't know how he thrives under big pressure situations yet but I am sure if he does get targeted during a game he will take care of himself."

Sims said it was a tough gig coming into the front-row in the NRL at such a young age but pointed out Haas had been eased into his role in the second half of both his Telstra Premiership games.

"You've still got to remember that he is quite young but that is what Wayne [Bennett] does well. His first two games he hasn't played him in the first half where the arm wrestle is won and lost," Sims said.

"He is going to do well for us this year, depending on how many games he plays."

"He's a tough dude and he's going to play and be very lively for us off the bench," he said.

Oates is just happy Haas is on his side.

"He is trying to cement a spot in the team and you can really see it with the way he goes about his football. When he comes on he really puts in so it is good to have him in the team and not miss a week.

"I'm really excited to see him develop as a player and as a person." 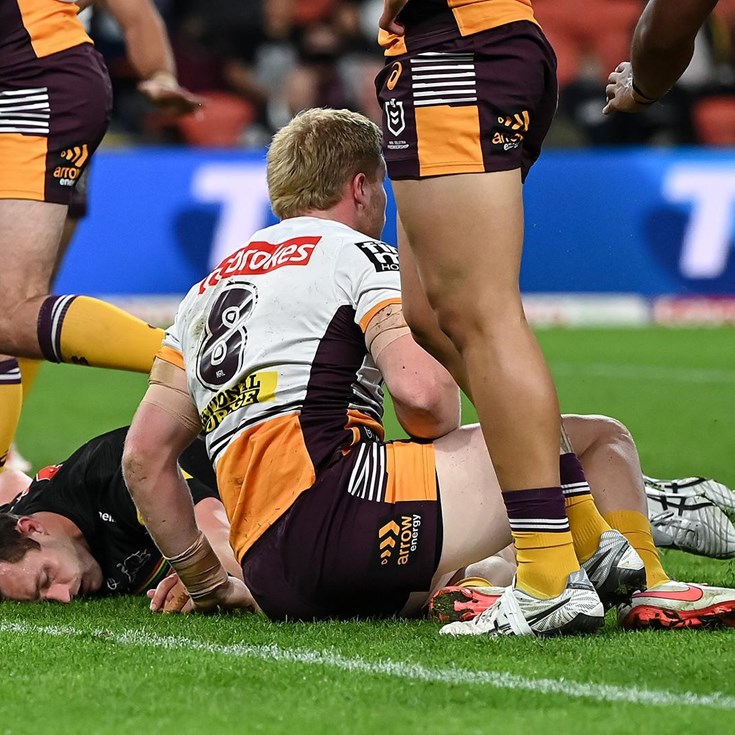