Penrith prop Trent Merrin is confident Nathan Cleary will slot back into the halfback spot with ease and halves partner James Maloney will have no issues adjusting back to a supporting role against the Wests Tigers on Thursday night.

Maloney has been on top of his game in Cleary's absence, playing a starring role in the Panthers' climb to second spot on the Telstra Premiership ladder.

Cleary and Maloney will have just one training session on Wednesday in the lead-up to Penrith's clash against the Wests Tigers as Maloney is spending extra time with his wife Jess who is due to give birth over the coming days.

Penrith enjoyed a rare weekend off but trained on Monday afternoon with Cleary guiding the side around the field.

"[Nathan's] itching to get back out there," Merrin told NRL.com.

"He hasn't missed a beat with the way we've been heading. He's across everything, he'll step into it like he hasn't left.

"I think over the last few weeks we've tweaked things for every game. Nath has been there even though he's been on the sidelines every step of the way so he should have no issues combining with Jimmy."

Despite joking Maloney gets under the skin of teammates, Merrin commended the way the former Shark was able to steer the side around the paddock in Cleary's absence.

On statistics alone, the 31-year-old has tallied five try assists and is averaging 91 running metres – second behind Cameron Munster at Melbourne.

But it is his communication and control in key periods of a game that has had him above other halves in the opening 10 rounds of the competition.

"He's a student of the game and knows footy. That's what we need and he talks up in our video sessions. He knows the game so well," Merrin said.

"This is the first time I've seen him at club level and he's just outstanding. I've been surprised with the way he's come into it and taken control.

"We've got quiet boys here too so he's doing their talking too. He gets under my skin but I'm more than happy now he's on my team and not anywhere else."

Meanwhile, Penrith utility Tyrone May and prop Jack Hetherington are chances of a return to a side slowly beginning to regain troops after an injury-plagued start to the year.

May made a successful return since rupturing his ACL in the finals last year to score two tries for Penrith against North Sydney in the Intrust Super Premiership on the weekend. 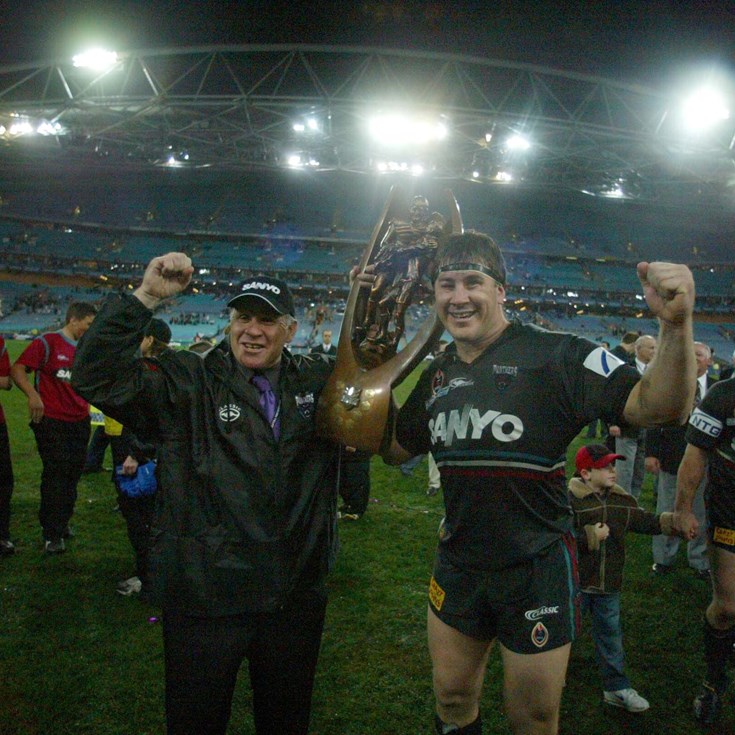