Wayne Bennett has highlighted the giant mountain Queensland must climb this year to win the State of Origin series in the wake of the retirements of three of their most influential players of all time.

Cameron Smith’s shock retirement on Tuesday after 42 matches for the Maroons means 101 games of Origin experience has walked out Queensland's door with Johnathan Thurston (37 games) and Cooper Cronk (22 games) also bringing down the curtain on their stellar representative careers.

Smith has won seven Origin man of the match awards and Thurston five and all three have played key roles in the clutch plays that turned matches and decided series.

Bennett, who coached Queensland in 22 Origins, including five series wins, said the trio would leave a gaping hole.

"They will be in all the great teams that are ever picked … or the grand final of the selection group …Cronk, Thurston and Smith.

"It is all part of it. It does go in cycles. We’ve got a wonderful cycle and that’s not to say it is finished now. It is just another challenge for us to find the players, make it blend and make it all happen again."

The 1995 and 1997 series during the Super League war, and 1999 and 2000 when Langer had initially retired, are the only campaigns in which one of those three Maroons greats has not played at least one game for Queensland. In these four years, only in 1995 did the Maroons win a series outright although they retained the trophy in 1999 after the series was drawn.

Bennett came back to coach Queensland after the 2000 series whitewash and set about planning the resurgence to snare two out of the final three series he coached in the Origin arena. It was in the final game of 2003 that he gave Smith his Origin debut after he had played just 15 NRL games for Melbourne, a match Queensland won 36-6.

Smith was a key piece in the jigsaw that the Maroons put in place for what was to be a stunning 11 wins from 12 series from 2006 onwards. Bennett said he knew he was getting a player of rare quality when he elevated Smith into the Origin cauldron.

"I saw it when I tried to recruit him to come here [to the Broncos] as a young player. He just had a disposition about him that most players don’t have, and a calmness and confidence,” Bennett said.

"I had no hesitation in bringing him into the team after we’d lost the first two games of that [2003] series. Everybody was calling for a lot of change but we brought just him in and won that game after NSW was keen to make a whitewash of it.

"It was a start for Cam. We were planning for the future and that is one of the reasons why I came back to coach Origin in that era, so we could have better plans for the future and not get beaten by 50-odd like we were in the third game of the 2000 series.

"He was all part of the package and went on to be a great player for us."

Bennett has endorsed Broncos hooker Andrew McCullough as Origin-ready to step up into the hooking role for Queensland and said Sydney Roosters rake Jake Friend, who McCullough will line up against on Friday night, would also be in the selection frame. 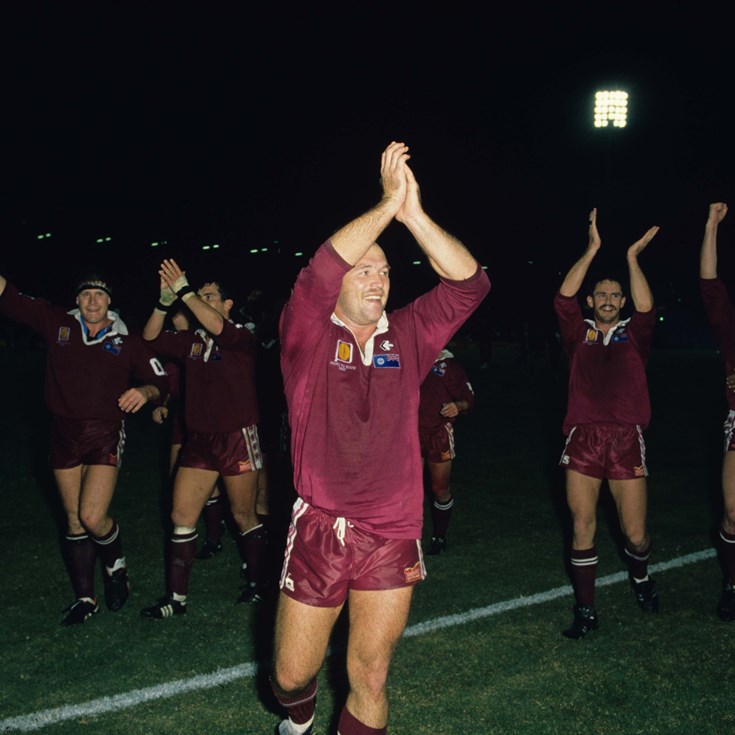