The acceleration which helped Damien Cook win an Australian beach sprint title as a 15-year-old has the South Sydney hooker on the verge of NSW State of Origin selection.

Cook, who team-mate Dane Gagai recalled outsprinting his former Newcastle team-mate and renowned speedster Jake Mamo, is widely considered to be vying with St George Illawarra's Cameron McInnes for the Blues No.9 jersey but also has the versatility to play from the bench.

A former fullback or halfback in juniors with Helensburgh Tigers and Under 20s or NSW Intrust Super Premiership level for St George Illawarra and Canterbury, Cook also played lock at Souths in his interchange role as deputy to McInnes in 2016.

However, the 26-year-old has made the Rabbitohs hooking role his own after edging out former NSW Origin stalwart Robbie Farah at the start of the season and has captured the attention of Blues coach Brad Fittler with his speed from dummy half.

"It's something I guess I grew up with doing athletics and surf club," said Cook, who competed in the flags for Helensburgh-Stanwell Park SLSC. "When I was younger, I won the Under 15s Australian open flags title. It is over 20 metres distance and you have to be quick off the mark.

"I had to retire from the sport once footy took over but I would say it has probably worked its way into my game - having that speed off the mark, around the markers."

Gagai said Cook, who has made more line-breaks (7) than any other hooker in the Telstra Premiership so far this season, was one of the fastest players at the Rabbitohs.

"He is pretty damn fast, especially in the role he plays," Gagai said. "He helps us to get on the front foot with his acceleration out of dummy half and bringing our forwards onto the ball.

"He is just such a threat. Even when he was at the Bulldogs, I came up against him and we had Jake Mamo at fullback. Not too many people can outrun Jake Mamo but Cookie made a break through the line, was one-on-one with him and managed to do it."

With the Origin teams to be announced next Monday, Cook admitted he was hoping to be named but insisted his immediate focus was on Saturday's game against the Warriors at Mt Smart Stadium.

He will be up against another former Souths hooker in Issac Luke, who has returned to his best form this season the help the Warriors into a top four place, along with the Dragons, Panthers and Rabbitohs.

"I remember watching him growing up and I loved the way he plays, especially his attacking footy and he is quite a defender as well," Cook said of Luke.

"I try and play my own style but I obviously try to take things from the good hookers in the game. Issac's got a great running game, you've got Cam Smith's game management and Robbie Farah's kicking game.

"I think hard work pays off and, like a lot of other NRL players, I have been knocked back a few times but I stuck to it and worked hard and I feel I am playing some consistent footy this year."

Cook said he was pleased to be under consideration for NSW selection but was focused on his head-to-head battle with Luke on Saturday.

"It's nice to be in contention and mentioned in that arena but there is still another game to go before then and it is a big game against the Warriors," he said.

"We are looking to cement our spot as a top four side so I will worry about that first and have a game and those things will take care of themselves." 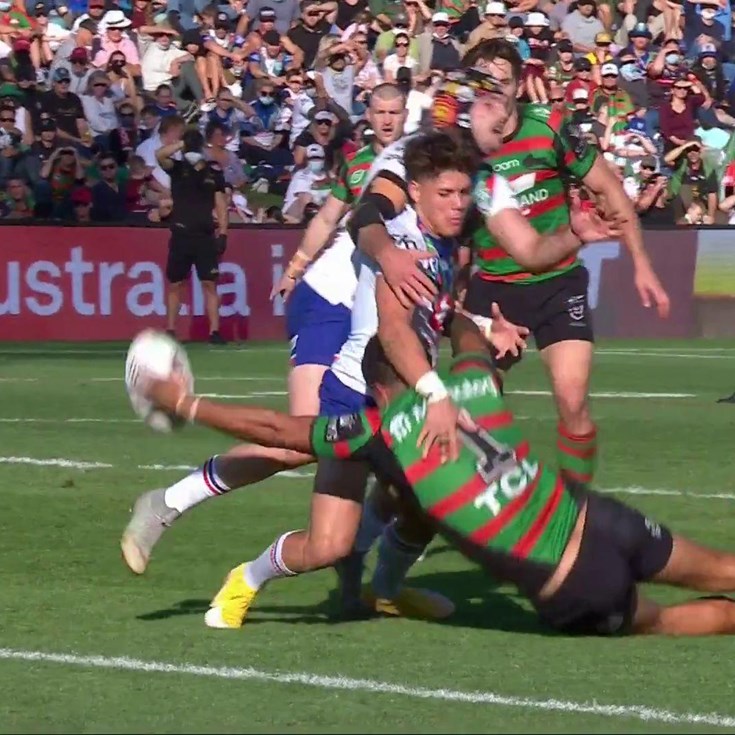