Canterbury skipper Josh Jackson expects former teammate Josh Reynolds to be at his energetic best against his old side despite the new Tigers recruit restricted to just 28 minutes since switching clubs in 2018.

Reynolds has been named on the bench for the Tigers after overcoming a shoulder injury suffered in round six against Manly and face some familiar faces in his return after seven seasons at Belmore.

The return of Reynolds is one of three storylines to feature in the fixture on Sunday with Jeremy Marshall-King battling older sibling Benji, and Aaron Woods lining up against his former club and fans for the first time.

"It will be a bit strange playing against [Josh] after playing lot of footy right next to him, so I'd say he'll be excited about having a big game," Jackson said.

"It's always hard seeing your good mates go, and people who have been at the club long a time, but that's the nature of sport, unfortunately.

"I remember he told us up in the theatre room here but I can't remember if there were tears. He was upset and what not but he's at his new club now, fit in well there and I'd imagine they'd love him there.

"His passion, his energy, his competitiveness, he was one of the guys you'd run out with and you'd know exactly what he would bring you on game day, and he'd do anything for the team. That was best part about him, his pure energy lifted the team.

"I hope he goes well but not too well. He was important to what we did here so I imagine it would be the same there."

Despite the season not yet being at the halfway point, the Bulldogs are chasing their tails with three wins and eight losses and are at risk of missing the finals for a second consecutive year.

The Wests Tigers are in a more comfortable position sitting inside the top eight on the Telstra Premiership ladder, but have dropped four of their five clashes.

"It is what it is, we can't change the fact we are where we are," Jackson said.

"There's no other way to approach it. We've just got to keep turning up with a good attitude. We've been close in games this year and just haven't been able to close them out."

The Bulldogs hold a dominant record over the joint venture, winning nine of the past 12 clashes, but recent form suggests it is anyone's game at ANZ Stadium on Sunday.

"They've been good this season. They've got a couple of guys coming back into their side and we're in need of two points," Jackson said.

"They've got a strong back five who get them out of trouble. Their pack gets them moving forward. Their halves have controlled the game. We're expecting a tough match." 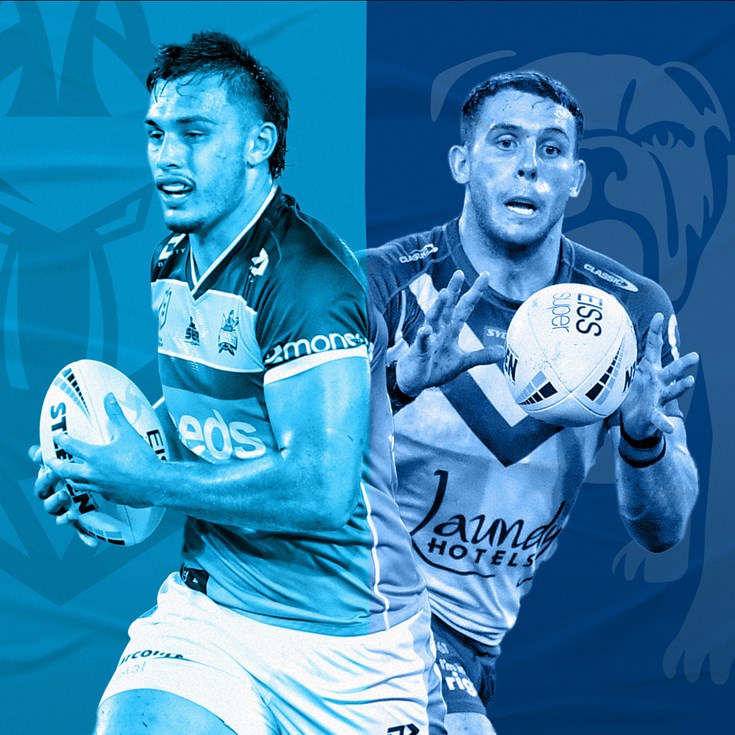