Melbourne have ruled out offering Craig Bellamy a one-year extension that would allow him to join Brisbane in 2020 without having to sit out a season.

With Bellamy off contract at the end of the year and Wayne Bennett adamant he will be at the club in 2019, there's an obvious timing dilemma if the Storm coach wants to defect to the Broncos.

Melbourne have offered Bellamy a three-year deal, which he is weighing up, and the Storm won't budge on the offer on the table.

Storm chief executive Dave Donaghy told NRL.com they won't reduce their offer to just a one-year deal - they want Bellamy to commit for the long haul and a short-term extension is an option the club would not consider.

It will leave Bellamy with a huge decision - commit to Melbourne for three years, or sit out a year and wait for Bennett's contract with the Broncos to expire at the end of 2019.

There was a suggestion Bennett and Bellamy could work together next year but Bennett was quick to scoff at that notion.

Tigers on hunt for Holmes

The Wests Tigers have had a red-hot crack at luring Valentine Holmes to the club as their fullback. Unfortunately for the Tigers, the Sharks don't want to release him from his contract.

Holmes is on a lucrative deal and has attracted interest from the Tigers and Cowboys, however the Sharks aren't willing to budge.

It will be interesting to see what happens if they try and bring Ben Barba back.

The Tigers have also shown interest in Moses Mbye, but the new Bulldogs regime is reluctant to pay any money for players to leave to other clubs.

It's why Aiden Tolman has struggled to make his way to the exit doors despite rival clubs showing a willingness to pay a chunk of his salary.

The Bulldogs are paying for five players at rival clubs, including former skipper James Graham, and don't want that trend to continue next year.

Parramatta will approach the NRL about the possibility of medically retiring veteran forward Beau Scott after he suffered a season-ending knee injury against the Warriors last week.

The Eels will ask whether the ruptured ACL, that is expected to bring an end to Scott's career, is classified as a career-ending injury.

If the NRL deems the injury to be career-ending, it would give the Eels significant salary cap relief.

Scott is on a back-ended deal with the Eels worth in excess of $600,000 for this season and given there are more than five months remaining in the rugby league calendar year, Parramatta may have $300,000 extra to spend if the injury is deemed to be career-ending.

Still on the Eels, and there appears to be a power struggle brewing at the club. There's a differing of opinions internally over the structure of the football department.

It's become clear the best structure involves having a general manager of football, especially when you consider three of the top four teams in the NRL all have one in place.

The Panthers have Phil Gould, the Rabbitohs have Shane Richardson and the Warriors have Brian Smith.

The Eels don't have one. The club is in the process of working towards appointing one, but who they should sign remains a hot topic inside the club.

NRL.com understands CEO Bernie Gurr wants to continue to have a huge impact on the direction of the football department, but some believe it would be more beneficial to appoint another person and let Gurr focus on the business.

Why Arthur swapped Norman and Gutherson

As generous as the gesture was, Andrew Fifita did himself no favours with his comments on Triple M after Sunday's win over the Bulldogs.

While it's admirable he would donate the $30,000 Origin payment to charity just to play for NSW this year, the comments he made in the interview weren't lost on the Blues hierarchy.

Brad Fittler wants no egos. He wants players who put the team first. He wants a culture of professionalism.

It's why Fifita did himself more harm than good when pleading with NSW to pick him in games one and three despite making himself unavailable for game two in preference of representing Tonga the night before.

"There is nothing more in the world I want than to win a State of Origin series. I've never won one before. I'd love to win one," Fifita told Triple M.

"If we get the series win and I get that under my belt and have a series win to my name I have done pretty much everything in the game."

NSW want to avoid self-centred sentiments like these. They couldn't care less about ticking boxes on players' bucket lists.

Phil Gould hit the nail on the end on Channel Nine's 100% Footy program, admitting all he heard in Fifita's comments were a lot of "I's".

There's a genuine concern some players will pull out of the New Zealand-England Test in Denver next month at the 11th hour because of the strain it places on their club side.

Warriors coach Stephen Kearney has already said those players who participate in the historic US Test won't play in his NRL side the following week because of recovery concerns.

Michael Maguire told NRL.com the NZRL has taken every measure possible to ensure player welfare is the priority but some clubs may follow Kearney's stance, which would leave players in a precarious position when deciding if they want to represent their country. 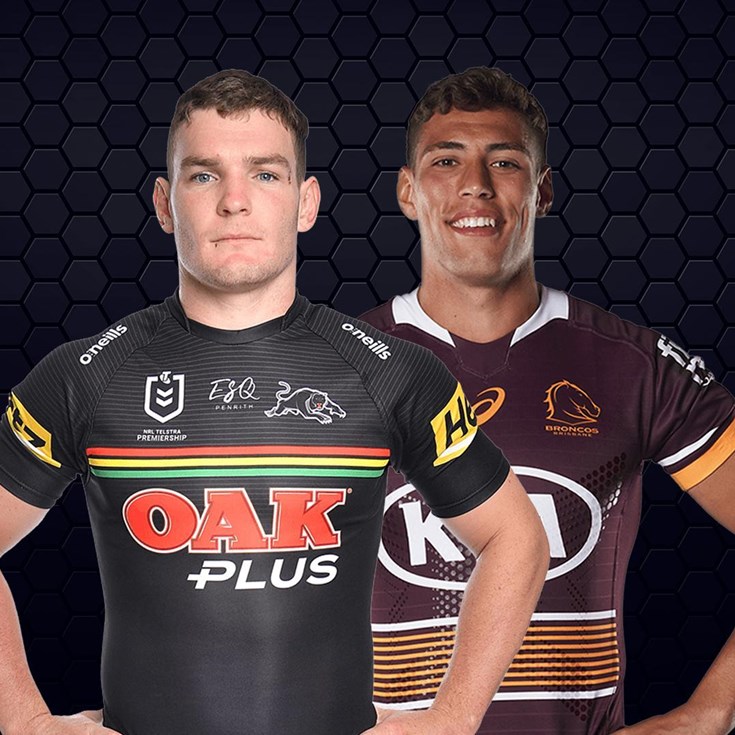