Manly coach Trent Barrett said his side were "shattered" after their impressive run of form was brought to a screeching halt with a 21-20 loss to the Canberra Raiders at GIO Stadium.

Flying high of the back of wins over Brisbane and Melbourne, the Sea Eagles looked set to take a big step towards the top eight before a late Aidan Sezer field goal left them devastated.

Manly had a chance to earn their third win in a row before a late-field goal shot sailed wide from Trent Hodkinson, halting the momentum gained with wins over Brisbane and Melbourne.

"I thought we had our chances to win it but it's pretty heartbreaking to lose those ones," Barrett said.

"I'm really proud of how they have played over the last month in particular but I thought there was some things we need to tidy up in the back end.

"I thought we had enough ball in the last five minutes to put Canberra away but take nothing away from them - they kept coming and came up with a play when it counted."

Barrett said he will seek "clarification" from the NRL over the ruling that saw Hodkinson sib-binned with the game in the balance with 22 minutes remaining.

"We were warned on halfway about an infringement and then we had one put in the sin-bin, so I'll get some get some clarification on that," he said.

"To lose your halfback when you're in front and travelling along nicely is a tough one to take but we've got to dust ourselves off."

Barrett held high hopes that three of his stars will be included in the State of Origin sides when they are announced on Monday for the series opener in Melbourne on June 6.

"Tom and Jake [Trbojevic] are well in the frame for NSW and I'll be surprised if they don't get picked and Daly [Cherry-Evans] will hopefully get an opportunity," Barrett said.

"But we keep saying there's three games [in the series] and if either of the three boys aren't in the first game you don't out the cue in the rack."

Cherry-Evans remained upbeat about his chances of playing for the Maroons but admitted it was difficult to think about adding to his Origin tally while dealing with the disappointment of the narrow loss in the national capital.

"It is a bit hard to talk about at the moment, but I remain pretty hopeful. It's hard to think about after a loss like that," Cherry-Evans said. 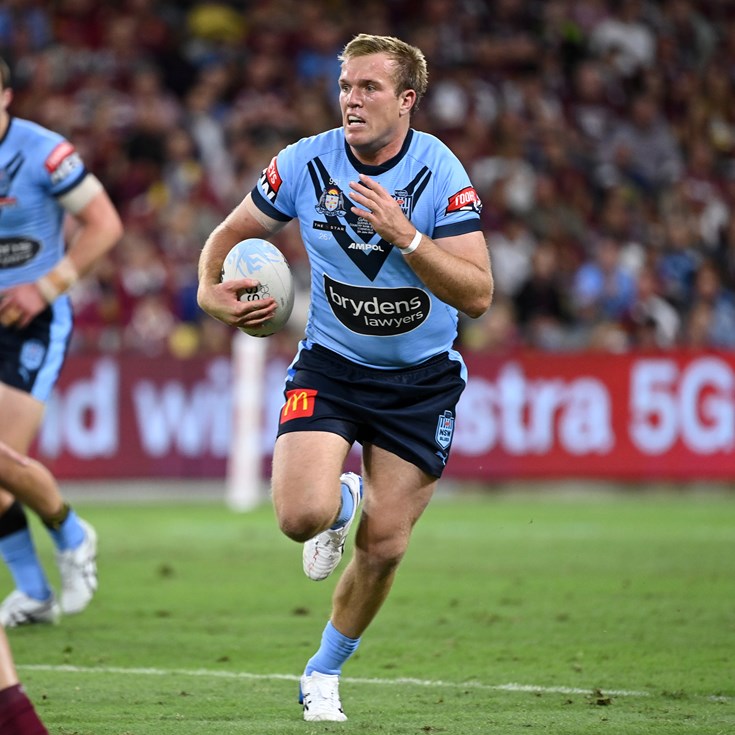