Martin Taupau is not convinced the mid-year Test match between New Zealand and England is in his best interests.

The Kiwi front-rower wants to see the recovery program for both the NZRL and his club Manly so he can work out if the 17,000km round trip to the USA is worth it.

"I would be happy to, but it all depends if I'm able to come back and back up that following weekend. That is the issue," Taupau said as he prepared for climate change of a different kind – playing the Raiders in Canberra on Friday night.

"It all comes down to the transparency between the club and the New Zealand Rugby League [in terms of rest and player welfare].

"I have to look after myself the right way. If I'm not 100 per cent then obviously I can't do anything."

The June 23 Test in Denver falls on the Origin II weekend, where there are no Telstra Premiership games.

Manly's next game is seven days later on June 30 against the Panthers. Then the Sea Eagles have a bye [round 17) before a tough month facing top-eight sides Storm, Roosters, Panthers and Sharks.

It's the sort of schedule his club coach Trent Barrett is not thrilled to be without Taupau, or have a shadow of the man who averages 165.4 metres a game, has busted through 48 tackles and confounded oppositions with 36 off-loads.

And don't forget Barrett could also lose his other Kiwi Test front-rower in Addin Fonua-Blake.

"I'd have no dramas with the Test if it was here or in New Zealand. But to take the players that far away… Marty Taupau hasn't had an off-season in five years," Barrett said on Thursday, referring to the Kiwis always having an end-of-season overseas tour.

"We want our best players on the park and we've lumped that on him and then lumped this on him again.

"The effects of that Test will linger for a month, that's the biggest concern for me," he said. "Marty's a chance, Addin is a chance, and they are two of our best players."

Whether they play together or not in Denver doesn't trouble Taupau since he and Fonua-Blake have not missed a game yet for Manly this year.

"Addin Fonua-Blake is an awesome talent. He's playing some really long minutes as well," Taupau said of his prop partner.

"He brings a lot of energy for myself. I love playing off the back of him."

"It's about personal development as well. He's come a long way as a kid. He's played nearly 50 games of NRL now [48]. So he's understanding his role and his position in the club," Taupau said.

He was wondering himself his value at the Sea Eagles, with suggestions on Fox League earlier this month he could be leaving the northern beaches club.

The report said Taupau could "potentially be released" from his contract early to relieve salary cap pressure.

"I don’t know where that came from. I saw it on NRL 360 that it was an exclusive and it was the first I'd heard of it," Taupau said.

"I'm contracted here until 2020… I've still got two more years, so I don't know where it's coming from.

"It's just ridiculous how this stuff happens. First it was Dylan Walker and he just bought a house up the road.

"I wonder who will be next." 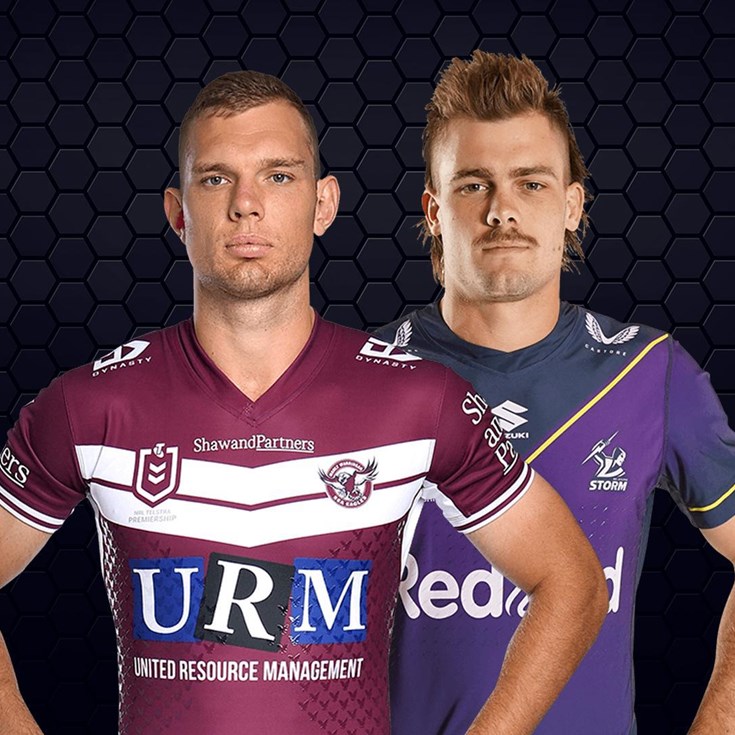