James Roberts is hoping to use his speed to unnerve the player he regards as the game’s greatest centre when he makes his NSW debut opposite Greg Inglis in Wednesday night’s State of Origin opener at the MCG.

The fact Inglis, the Queensland captain, is another indigenous star makes the duel more special for Roberts, who is one of four Koori players chosen in Brad Fittler’s new look Blues team.

“It’s always exciting to play another brother and it brings the best out in us,” Roberts said. “We just try to out-match each other and it is a lot of fun. It makes footy a lot more exciting and its good fun trying to make it personal and winning those battles.”

Roberts will line-up at right centre for NSW, with Latrell Mitchell and Josh Addo-Carr forming a left side combination and Tyrone Peachey playing the role of bench utility.

Mitchell and Addo-Carr, who is the fastest player in the NRL ahead of Roberts according to Telstra Tracker data from this season, will also play directly opposite fellow indigenous stars in Maroons centre Will Chambers and winger Dane Gagai.

“It is going to be a battle and going up against another indigenous man you just know what is going to come so you need to bring your A-game,” Mitchell said.

The selection of the Blues quartet represents not just a changing of the guard but a change in attitude for NSW teams, which have traditionally preferred defensive-focused players.

For the first time in Origin history, the Blues players will wear the name and logo of an indigenous-owned organisation, the KARI Foundation, on the front of their jerseys.

Addo-Carr said he was proud to be a role model for the indigenous community after being confined to playing park football for Redfern All Blacks just four years ago.

“It's great seeing a lot of indigenous people representing our people,” Addo-Carr said. “It's a huge honour and it just goes to show all the young kids in indigenous communities around Australia that if you work hard at your dreams and your goals you can achieve these things.”

Roberts, who is now at his fourth NRL club, Mitchell and Peachey have also had to overcome personal setbacks, with the latter duo spending time during the past 12 months playing in the NSW Intrust Super Cup.

“Everyone is that excited to have Latrell, Foxx [Addo-Carr] and Jimmy [Roberts] in the team, they are all such great athletes and it will be good to play with them,” Peachey said. “Just seeing them run around at training, it is crazy how fast they are.”

Roberts said he was keen to play with Mitchell after their personal battle in the recent Broncos-Roosters match, in which each either scored or had a hand in two tries.

He is also looking forward to going up against Inglis, who will become the third indigenous player to captain the Maroons after Arthur Beetson and Gorden Tallis.

“What better way to come into the Origin arena than to tackle the best of the best for his position,” Roberts said. “It is going to be a tough gig for me but I am excited for the challenge.

“He has set the standard for great centres and that is what I strive to be. To keep up with him is obviously my goal and to do what he has done would be a dream come true.

“In my personal opinion he is probably the best centre to ever play the game but I have just got to worry about myself and my game and I am sure he will be worrying about me as well, and my speed.”

NSWRL CEO David Trodden said the decision to feature KARI on the front of the Blues jersey highlighted the strong partnership between the two organisations, which extends to KARI occupying office space at the new NSWRL Centre of Excellence due to be completed in January. 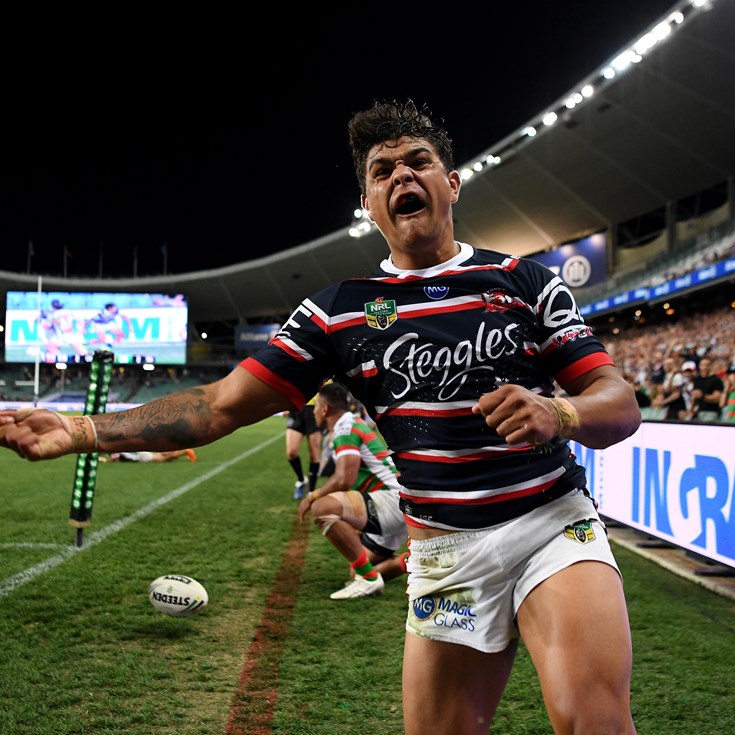