Former Queensland great Cameron Smith has backed the Maroons' new breed to continue their State of Origin domination under the leadership of his successor Greg Inglis.

Smith, who last month announcing his representative retirement, attended Queensland training on Tuesday and is confident the Maroons can overcome the departures of fellow Origin greats Johnathan Thurston and Cooper Cronk and the loss of fullback Billy Slater due to injury.

"There are challenges every State of Origin," Smith said. "There are a lot of new faces in the team and a lot of young faces. There have been some hurdles they have had to get over this week, particularly late, but this is a quality football side that has been picked.

"All of those guys are in good form at club level. When you take confidence and form into an Origin it usually results in a good performance. That's all they need to worry about. They don't need to worry about the 11 debutants for NSW, Brad Fittler's game plan or how different NSW are going to play."

Smith singled out his replacement at hooker Andrew McCullough as a player he expected to rise to the occasion and endorsed Inglis as Queensland's next great captain.

Smith on missing out

Asked about Maroons coach Kevin Walters comments to his players on Tuesday that the "Cameron Smith era was over", the Melbourne skipper played down his individual role in Queensland's 12-year domination since 2006, with NSW's only series win being in 2014.

"I played in a side that played really well as a team," Smith said. "There was no individuality about how we went about our dominance over such a long period of time.

"You've got to remember there were some world class players in those teams and some of the best players ever.

"Maybe he was referring to my leadership and captaincy but the new captain, Greg Inglis, you couldn't get a better person to take over. He will lead the way for sure."

Smith played alongside Inglis at the Storm early in the star centre's career and said he had witnessed his development as a leader in recent years with Queensland and Australian teams.

"He was only a young man at the Storm and his role was to get out and play the very best he could," Smith said. "Over the last four years I have seen him develop his leaderships skills, he has been the captain now for a few years with the Rabbitohs.

"He has always been a figure of leadership around these representative camps, particularly of the younger guys. He doesn't necessarily talk a heap but the way he gets his team to follow him is through his actions.

"That is what State of Origin is all about. It is about getting the opposition to feel your presence and I don't think there is probably many better than him."

Smith also rejected comparisons between the new-look Maroons and the 2006 team, who were facing a record fourth series loss until Darren Lockyer swooped on a loose ball and raced away to score the winning try in the second match in Melbourne.

"That 2006 side was looking at losing four series in a row. This team is coming off a few series wins," he said. "I don't feel there is any pressure on this team at all. I just think they should go out and try and dominate the Origin arena as the previous sides have done.

"Guys like Ben Hunt and Cameron Munster are playing extremely good football for their clubs in the NRL and they just need to go out and express that with the Maroons jersey on. There are challenges and expectations around the Queensland team and I am really excited about this new era and how they go about their business." 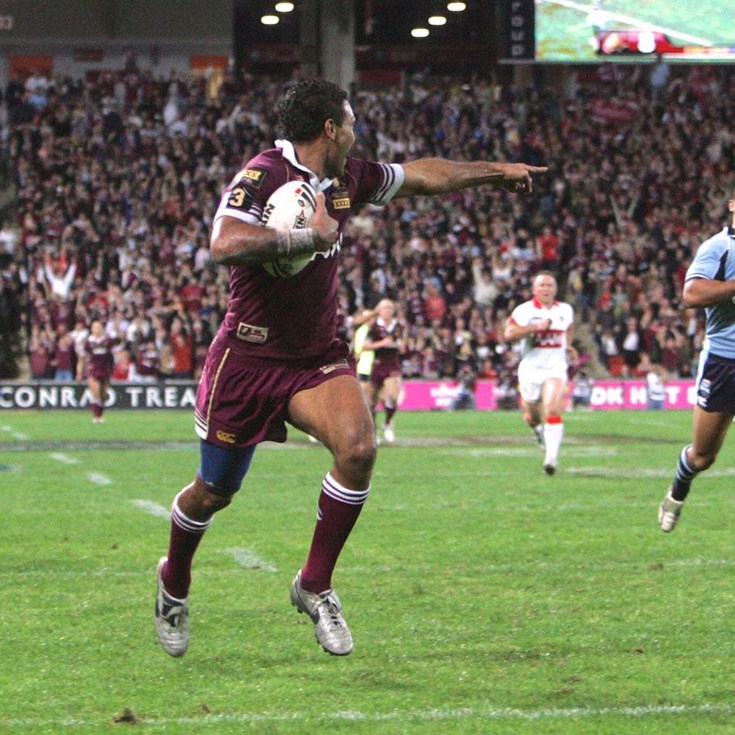