In an attempt to rattle Blues rookie Latrell Mitchell, Queensland centre Will Chambers engaged in his usual verbal barrage at the MCG on Wednesday night.

But it was the debutant whose laugh would ring loudest when it mattered most, upstaging the Australian centre on the big stage with a performance that left Chambers red-faced.

Mitchell knew it was coming.

"He does it every game," the Blues centre said of Chambers' sledging.

He knew not to let it get under his skin. But more importantly, he knew he had to fight fire with fire.

"It's just how he plays and how he goes about things," Mitchell said. "I was just stoked to get out there and play against him."

Mitchell didn't take a backward step. Physically, he monstered Chambers on a number of occasions.

The Queensland centre had the most missed tackles of all the backs in the opening game of the series with 10, many of which were trying to contain the rampaging Mitchell.

Mitchell dominated in attack and didn't miss a single tackle in defence. With every sledge from Chambers and attempt to put him off his game, Mitchell laughed it off.

"Yeah, because it makes him more angry," Mitchell said with a wry smile after his side's 22-12 win in Melbourne in game one.

"I have plenty of experience in that."

Mitchell's trademark fend proved too difficult for Chambers to contain, with NSW aiming plenty of traffic down his side of the field.

It was a dream debut for the young Sydney Roosters speedster, who admitted the occasion was even more special than he had imagined.

"I can't explain how I felt out there. It was a childhood dream come true. It was a surreal feeling. I just went and done what I needed to do and focused on my team. I was happy with the performance the boys did but we obviously have more in us,"' he said.

Mitchell isn't afraid of the big stage. He's often thrived on it. He insists Wednesday night's performance has raised his own expectations going forward.

"I felt like I went to another level," Mitchell said.

"I've set the standard now. I just have to take it back to club level and just exert what I did tonight into my team for the weekend. It was a mental game what I did tonight. I was struggling but my team got me through it.

"Boyd was talking me up. Addo-Carr and Jimmy Maloney. I just got that extra energy. You create energy off energy. I was stoked the boys were in my head, it was good."

He was reluctant to talk up his team's chances of clinching the series in Sydney on June 24, maintaining the stance of his coach, Brad Fittler. 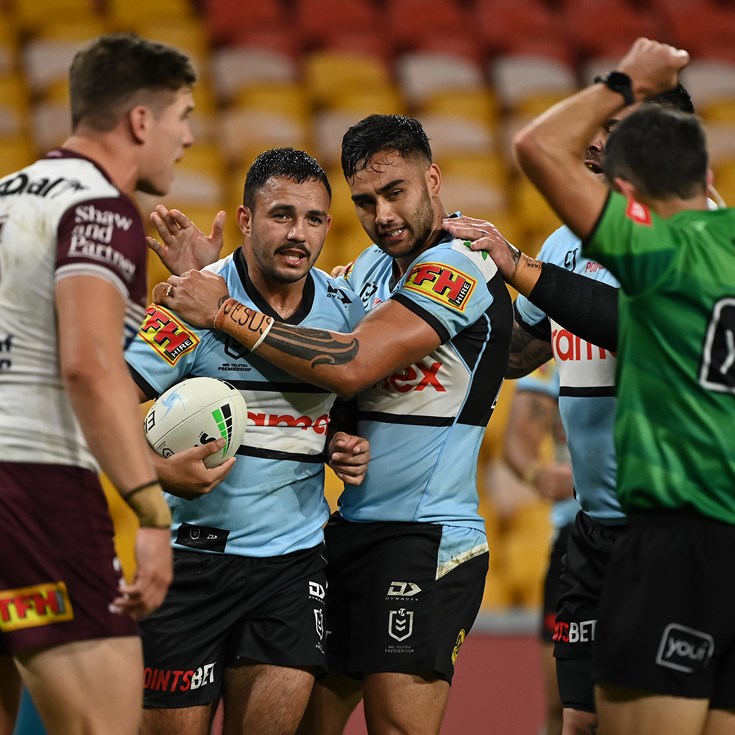