A dejected Jarrod Wallace has vowed to redeem himself if given another chance by Queensland after conceding he let his teammates down in the  22-12 loss to the NSW Blues.

Wallace made 52m from five runs in his 35 minutes of action as starting prop in the opening State of Origin clash at the MCG.

The Titans front-rower teamed up with Roosters firebrand Dylan Napa as starting props but were out-gunned by NSW duo Reagan Campbell-Gillard and David Klemmer.

Napa was quiet in the first half before upping the ante in the second to finish with 91m from 12 runs in his 53 minutes while lock Josh McGuire was the best of the middle Queensland forwards.

"I thought Naps and Moose [McGuire] went really well but I am disappointed with myself," Wallace told NRL.com.

"I feel like I let the boys down. "I don't think I was terrible, but I just didn't get as much work as I would have liked.

"I want to be a leader in this team, always putting in. I never want to come off the field like I have tonight knowing that I could have done more.

"I just didn't get the ball as much as I would have liked. It went away from me a few times but that is no excuse. I need to demand the ball more."

The 26-year-old just wants another shot at proving that he can continue to be the representative player who was a dominant force in the Maroons comeback series win in 2017.

"Kevvie obviously thought I needed to come off. I would like to stay out there longer, but that's just footy," Wallace said when asked of his minimal game time.

"But this is not the end. Queensland have been in this position many times before, last year for example. I was part of that team that went down there to Sydney and beat them. Hopefully the Queensland selectors go with me again and I will make sure I don't let them down."

Napa said his front-row partner was not as bad as he said but admired his honesty, while conceding the Maroons pack has plenty of work to do.

"I think J Wal (Wallace) is being a bit hard on himself but it is better to be too hard on yourself than too soft," Napa told NRL.com.

"I only judge my own game on how the team performed, and we lost by 10 points.

"There is lots of room for improvement. We need to tackle better to start with. (Damien) Cook and (James) Tedesco had a field day through the middle which was disappointing.

"It is not going to be any different in game two if we give them those quick play the balls so we will be talking as a forward pack about where we can improve."

Coach Kevin Walters said in the post-match press conference he thought Napa, Wallace and McGuire did good jobs for the Maroons as middles while insisting Cowboys' prop Matt Scott's representative career was far from finished.

Napa also wants a chance to prove that he can be a key figure in a new era of dominant Queensland middle forwards in game two in Sydney.

"I want to get another opportunity with J Wal, [Josh] McGuire and Macca [Andrew McCullough] to try and right that wrong," Napa said.

"We were in this position last year and we played in Sydney in game two. It was disappointing but the beauty of Origin footy is that it's a best of three series.

"We get an opportunity in a couple of weeks to even up the series."

Maroons insist they're not done yet

Game I is done and dusted! Don't miss Game II of Origin at ANZ Stadium on Sunday 24 June. Click here to get your tickets. 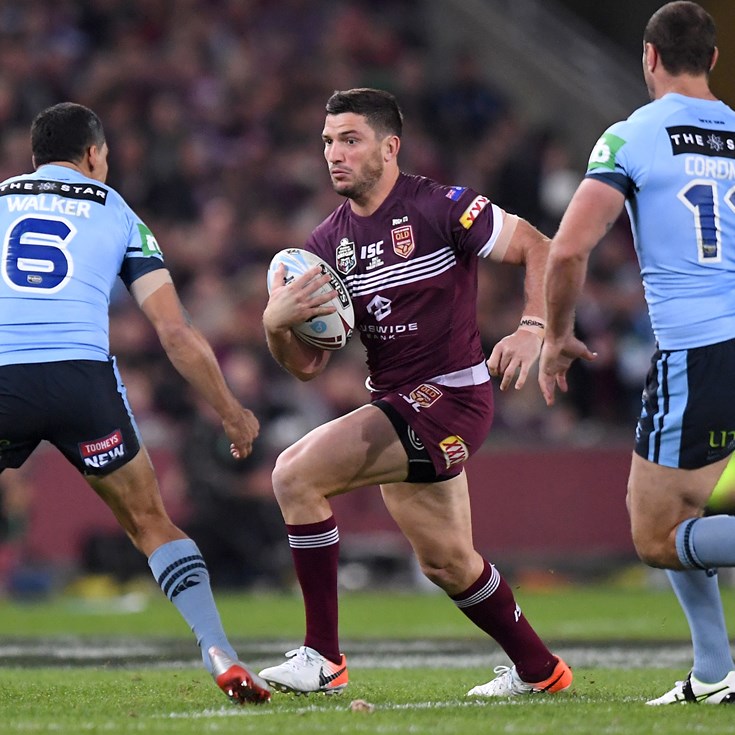 Scott has 'unfinished business' with Maroons