That was the nickname given to Manly, when they were the most popular team among Kiwis before the establishment of the Warriors in 1995. And an anticipated sell-out in Christchurch on Saturday indicates support for the Sea Eagles in New Zealand is still strong.

Manly have been in NZ since Tuesday to promote the inaugural Broadhurst-Shelford Trophy clash, and coach Trent Barrett believes his players are acclimatised after training in temperatures as low as four degrees.

“It’s obviously going to be cold but it is not too dissimilar to Melbourne or Canberra, it will be a bit slippery but we’re used to that,” Barrett said.

The Sea Eagles have been boosted by the return of Jake and Tom Trbojevic from NSW State of Origin duty. But centre Moses Suli has been dropped after missing a training session earlier in the week, with Brad Parker promoted to the starting line-up.

The Warriors have suffered a blow after captain Roger Tuivasa-Sheck withdrew with an ankle injury prompting Peta Hiku to shift to fullback, with Gerard Beale to start at right centre.

Five-eighth Blake Green takes over the Warriors captaincy against his former club.

"You need your best players playing and it is important that we have got Jake and Tom over here," Barrett said.

“If you take Tom and Jake and Dylan Walker out it stifles our attack, as it would any side, and we struggled a bit without them last week.”

The Sea Eagles are coming off back-to-back defeats to North Queensland and Canberra but beat Brisbane and Melbourne in their previous two games, while the Warriors suffered a 30-10 loss to South Sydney before last weekend’s bye.

“Manly lost by a point in the last minute against Canberra and they beat Melbourne and Brisbane  before that so they are a good footy team and we know the challenge ahead of us,” Warriors coach Stephen Kearney said.

According to ticketing data, fans will travel from all parts of New Zealand for the match and support is expected to be split as the Warriors have enjoyed a good start to the season to be in fourth place at the mid-point of the Telstra Premiership.

The Sea Eagles will wear a special jersey for the match, designed by the Ngai Tahu tribe, whose territory covers most of New Zealand’s South Island.

The Sea Eagles have committed to a home game in Christchurch for the next two years, with an option of a third match in 2020 and the Broadhurst-Shelford Trophy will be on the line each time they play. 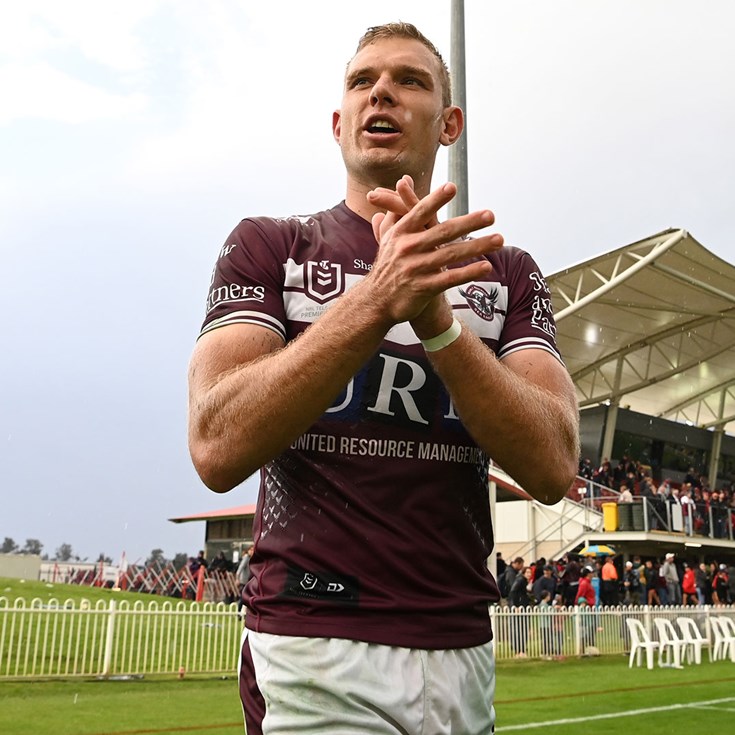