Newcastle coach Nathan Brown has laughed off links to Bulldogs forward Aaron Woods, who is set to link with Cronulla as Canterbury try to get their salary cap sorted.

Brown refuted suggestions the Knights would land the Australian international, joking that any player that has come onto the market seemed to be linked to Newcastle.

"We are in the market for apparently everyone – anyone that is off contract we get linked to," he said.

"From what we understand, Woodsy is a Sydney man. His mum is nearby and he is going to have a family soon.

"Whether it is Cronulla, or back to the Tigers – write anything, make up a story, but I don't think he's coming to Newcastle."

Brown did concede the club still needed to add more recruits, with some below-par performances from his inexperienced squad, as well as injuries, testing their depth in the past six weeks.

"I think that we can certainly all acknowledge that it is certainly not helping us, that's for sure. I believe, which was proven at the start of the year, that if Mitchell (Pearce) hadn't got hurt we would have won today's game, and two or three other games," he said after Saturday's loss to the Roosters.

"We are getting a bit lighter now, there is a fair few longer-term ones now, which are hurting us.

"And we came into the season a touch light in squad because the right players weren't there to get."

But Brown will not be rushing into buying players just to make up the numbers.

"We are certainly looking and looking hard," Brown said.

"But we need to find the right players that suit what we need, which is more longer term at the moment, rather than shorter term.

"We would like more depth and to win some more games now, but under this new roster you are only allowed to sign a certain number of players – so it's not as easy as everyone thinks."

The Knights suffered another blow with co-captain Jamie Buhrer leaving the field in the 27th minute against the Roosters with a knee injury.

Scans are expected to confirm the back-rower has ruptured his ACL, ruling him out for the remainder of 2018. 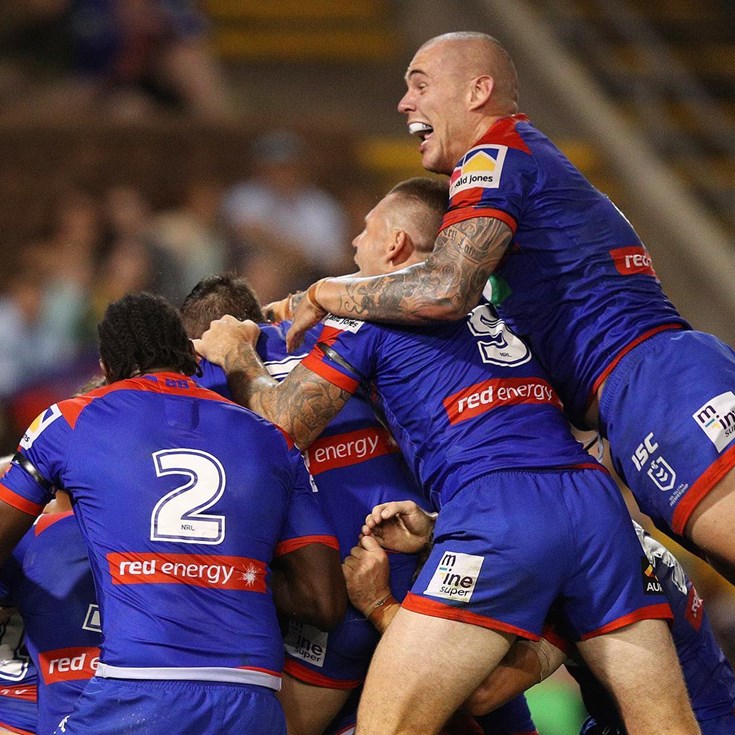 Settled Mann happy in the halves