Sam, Tom and George Burgess were all together with mum Julie down in Melbourne when the clan received the good news that all three had been picked to represent their country in the upcoming Denver Test against New Zealand.

Sam has shared England captaincy duties with Sean O'Loughlin in recent years, including the most recent Test (a narrow World Cup final loss to Australia) while Tom is also an incumbent.

The team naming was particularly significant for George though after he lost his spot for the World Cup following a frustrating 2017 campaign in which he struggled for form.

"It's good that Georgie got back in, I was happy for him, proud of the way he went about things when he didn't get picked for the World Cup," Tom told NRL.com.

"It wasn't easy for him. He's done very well to get back in and I'm proud as punched he made the squad.

"It just shows you can't ever expect to be picked in rep sides and I don't think we do. Georgie was obviously disappointed but he took it as a sign that he needed to improve and get back to where he needs to be and I think he's done that which is a credit to him."

Tom said it was a special night as all three brothers received a call from the England team manager with mum Julie on hand to share the moment.

"Jamie Peacock is the team manager for England and tells everyone if they're selected or not so that was cool, we all got the call individually from JP," he said.

"Three in a row and we were all with each other which was cool, we were all down in Melbourne with our mum as well so that was nice. We had a nice dinner to celebrate.

"I think he actually tried ringing George first and he left a voicemail because George didn't hear his phone, then he rang Sam, then me. He left George a voicemail and told me to make sure he gets it.

"It's always great to play for England but it's pretty cool to do it with your brothers too. When he missed out [for the World Cup] it was disappointing but as a team we still got on with it and enjoyed it but it's an extra bonus that George is in there and mum's proud as punch."

George's recall alongside his brothers is no surprise; all three Burgesses have been dominant this season and a massive part of South Sydney's surprise surge to third spot on the ladder after 14 rounds.

Tom is arguably in career-best form while George is playing near as well as in his power-packed 2014 premiership season. Tom said he wasn't too sure what the secret is.

"There's a lot of things. There's a different staff this year, different head coach and we're playing a different way, a bit more shape when we're carrying it which in turn takes numbers of us, a bit more room to run," he said.

"I think that's been good for us. We're always maturing as players as well, I feel a bit like I'm probably getting better as a player as I get older and more mature.

"I'm just enjoying it. I'm not feeling any different but obviously it's good to be winning and in that circle. We're just enjoying it. Enjoying the company each week with the lads and just want to keep it going and keep doing well." 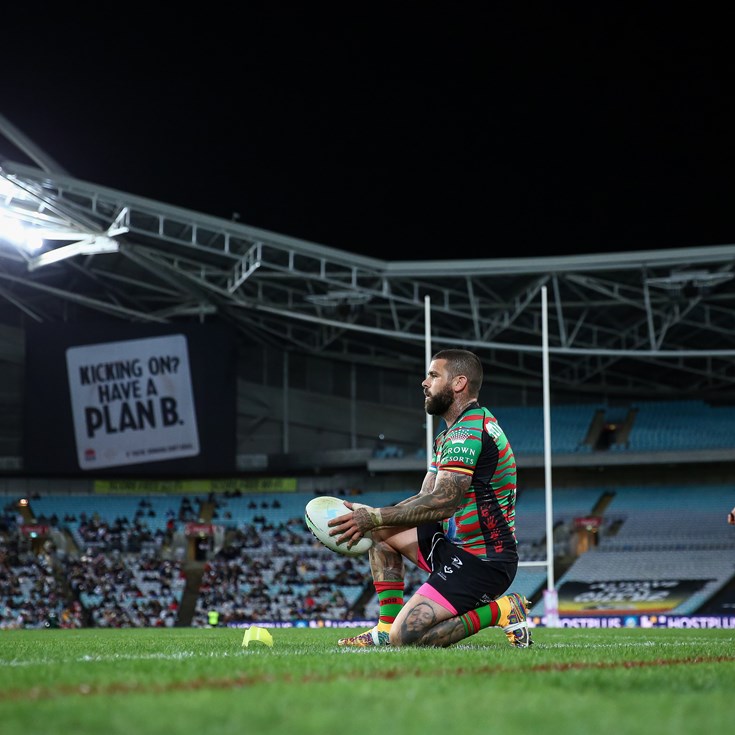 Reynolds: Young Rabbitohs halves will step up when he kicks on at Broncos