The Titans head into their round 15 clash with the Bulldogs on Saturday with five of their selected players still unsigned for next season, including winger Anthony Don who celebrates his 100th game for the club at Belmore Sports Ground.

And the club has not moved on Elgey, who has fielded interest from three Super League teams and three others in the NRL, according to his manager Chris Orr.

The number of unsigned players in the 17 to take on the Bulldogs was six until Wednesday when prop Jack Stockwell re-signed for next season, but it still leaves Don, centres Brenko Lee and Dale Copley, second-rower Keegan Hipgrave and interchange hooker Mitch Rein yet to secure their futures.

Copley has been made an offer to stay and is yet to give the Titans an answer, while coach Garth Brennan said he was keen to retain Don. Head of football Phil Moss will begin negotiations soon.

Hipgrave is keen to stay but has also fielded several offers, Rein has an option his way for next year but is negotiating for a possible upgrade of that deal while Lee continues to be on trial before the Titans enter negotiations.

It is unlikely Elgey, playing for Tweed Heads in Queensland's Intrust Super Cup since round seven, will be with the Titans next season unless he gets a reprieve in the near future.

Orr said the 24-year-old former Holden Cup player of the year, who was the Titans' golden boy when he signed a three-year deal in 2015, would like to stay with the club, or certainly in Australia, but has been the subject of keen interest from Super League clubs.

Warrington and Catalans Dragons (who boast former Titans stalwarts David Mead and Greg Bird) are believed to be two of those who have approached him. With regained confidence, he could be a sensation in the Super League but he believes can still cut it in the NRL.

Brennan said: "There's been no progression on Kane. His management is out there testing the market, they'll come back to us, we know there is some interest in Kane.

"Donny is a fan favourite and a favourite of mine, so we'll sit down with Donny's management and see if we can keep him on board a bit longer.

"We're waiting on Dale and there are some offers out on Keegan at the moment but we're keen for him to stay. So we'll hopefully get a few guys across the line an in the next few weeks."

Don, 30, has scored 58 tries in 99 games since his debut as a 25-year-old in 2013 and has become a genuine cult figure at the Titans, after failing to play any rep football while growing up in Grafton before his breakthrough season of 2010 when he scored 40 tries and 71 goals for the Grafton Ghosts and approached the Burleigh Bears for a trial in 2011.

It was three seasons later before he became a regular NRL player but has since been a revelation, standing second on the Titans’ all-time try-scorers list behind Mead's 67 in 147 matches. 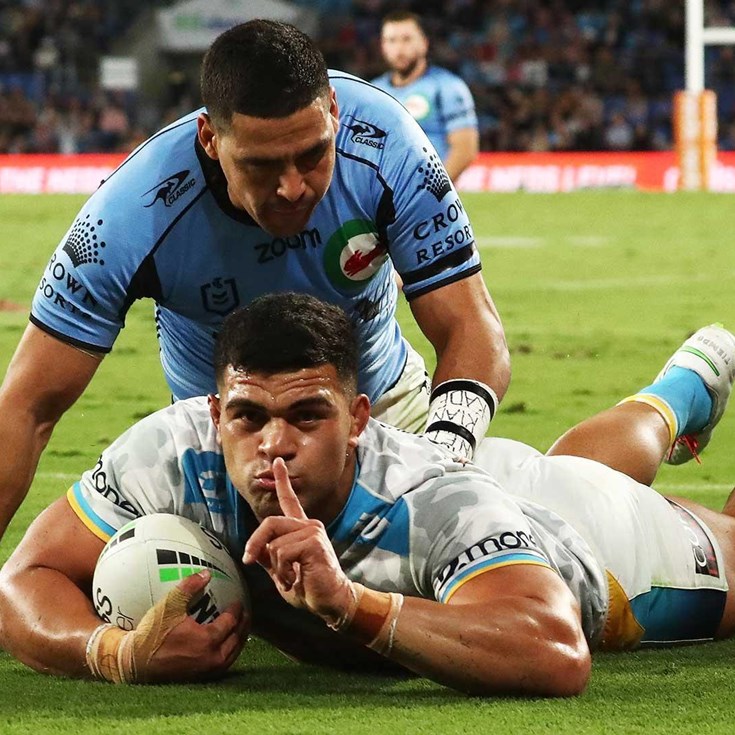 The must-see games for Titans fans in 2022