Gold Coast skipper Ryan James has played down the relevance of Saturday's clash with Canterbury prop David Klemmer, who gained what could have been James' spot in the NSW line-up for Origin I before a late change of heart by selectors.

Yet there is no doubt Blues coach Brad Fittler will be watching James' performance closely against Klemmer and the under-fire Aaron Woods as a genuine test of whether James is ready for the Origin arena.

James will go into the Belmore Oval clash without Queensland prop Jarrod Wallace because of suspension, and interchange prop Max King who won't play again this season after being booked in for a shoulder reconstruction.

That means Jack Stockwell [who starts] and Morgan Boyle, whose only football since round eight has been a run off the bench in the Intrust Super Cup, fill the void alongside an under-pressure James.

James says he will undoubtedly seek to get the measure of Klemmer and Woods, but says dealing with the extra passion the Bulldogs will show during their once-a-year appearance at their historic suburban ground is the biggest focus.

"Brenko Lee spoke to us about Belmore being the Bulldogs' spiritual home and how they grow an extra leg there, like the Tigers at Leichhardt, so it's going to be a tough challenge," James said.

"Woods and Klemmer are both world class players, Australia and NSW reps.

"But it was the same having the Burgess boys running at us last week. So we will try to take the same plan into this game and try to calm their middle down.

"It is always good to go out there against the best front-rowers. But I will go out there to play my best game and that will be the goal, to try to get over both of them.

"That's what I try to do every game, get over the top of your opposing numbers and that this game won't be any different."

James said the Bulldogs' form is better than their position on the ladder indicates and they will be much tougher to beat at Belmore than at ANZ Stadium. And former Bulldog, now Titans centre Brenko Lee, has warned his teammates of that.

"Brenko warned that they will came out with a bit of emotion and we'll have to weather the storm and get into the grind with them," James said.

"They have lost six games by just six points or less and have been in the contest just about every game. And we go down there a couple of players short, so we know what we're in for."

Meanwhile, Titans coach Garth Brennan says the club will look at promoting players from within their feeder teams Burleigh Bears and Tweed Heads Seagulls to fill their 30-player roster by the June 30 deadline, rather than look for token signings from other clubs to meet the NRL's requirements.

With forward Joe Greenwood released to return to England to take up a contract with Wigan, the Titans will be back to 27 players [although they have two on their second-tier cap]. 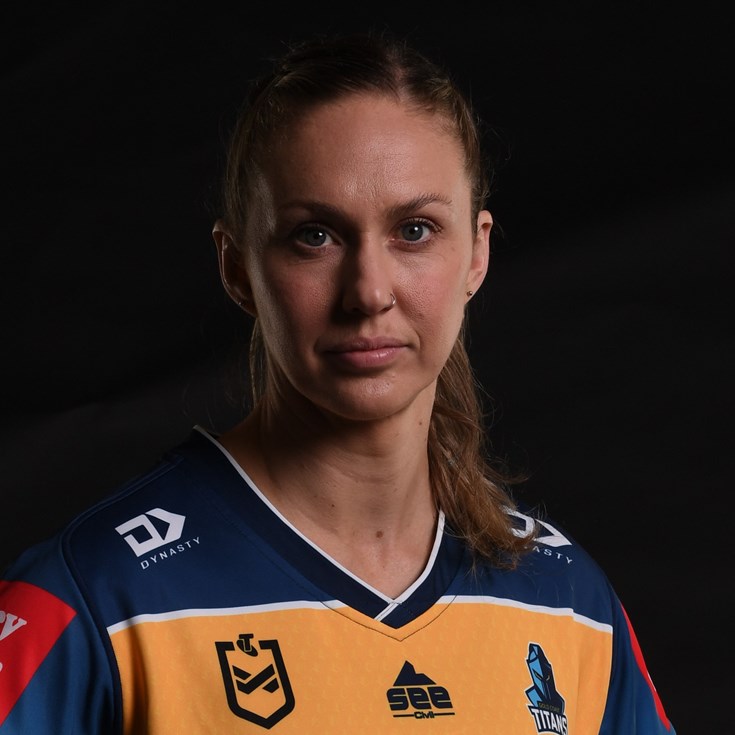