There is one figure Josh Addo-Carr would like to better in Holden State of Origin game two.

And he only became aware of it when he was told that the Telstra Tracker technology in game one clocked him at 36.3 km per hour when he made his break down the MCG touchline on June 6.

His legs carried him just a fraction faster than Queensland winger Valentine Holmes at 35.2 km per hour, giving him the honour of fastest man on the field.

"I had no idea at all," Addo-Carr told NRL.com on Monday as the Blues re-assembled at their beachside camp at Coogee.

"The game is really fast so it's great to see open space and go for it. I didn't really know I was getting to that speed. I just love to run."

"Surely I can get to 36.4 (km per hour) and set a new record," the NSW flyer said before breaking into that trademark laugh of his.

But the pace of the NSW Blues side was there for all to see in Melbourne.

From the six fastest players clocked during Origin I, four were from NSW topped by Addo-Carr, then James Tedesco, Latrell Mitchell and James Roberts. The two Queenslanders were Holmes and Will Chambers.

"You feel the energy right across our backline. It's great to have a lot of speed in our side," said Addo-Carr, who scored the last of the Blues' four tries in the 22-12 win.

"It probably starts in the forwards with [hooker] Damien Cook but then the link up happens with someone like James Roberts, Tommy Trbojevic and James Tedesco. They are beautiful to watch in full flight."

Most would say that about Addo-Carr, which prompts the question of where he got his nickname 'Foxx' from. Is it because he's cunning and quick like the pointy-eared mammals, who have been clocked at speeds of up to 50km per hour?

"It's funny you say that. It's only meant to be one 'X' because Fox was my great grandfather's last name.

"Mum used to me call me that when I was a kid and I first started playing football. It's stuck with me every since.

"I put the 'XX' there myself because I love [Hollywood celebrity] Jamie Foxx. It's more his songs than his acting."

So his nickname has nothing to do with his swiftness.

"Nothing at all, sorry. Mum called me 'Fox' and I think it's great."

What is also pleasing for Addo-Carr is how he can use his game one knowledge to ready himself for game two on Sunday at ANZ Stadium.

"The expectation I know how to handle it better now. I know what to do to prepare myself. The experience was unbelievable – I can't wait to do it all again." 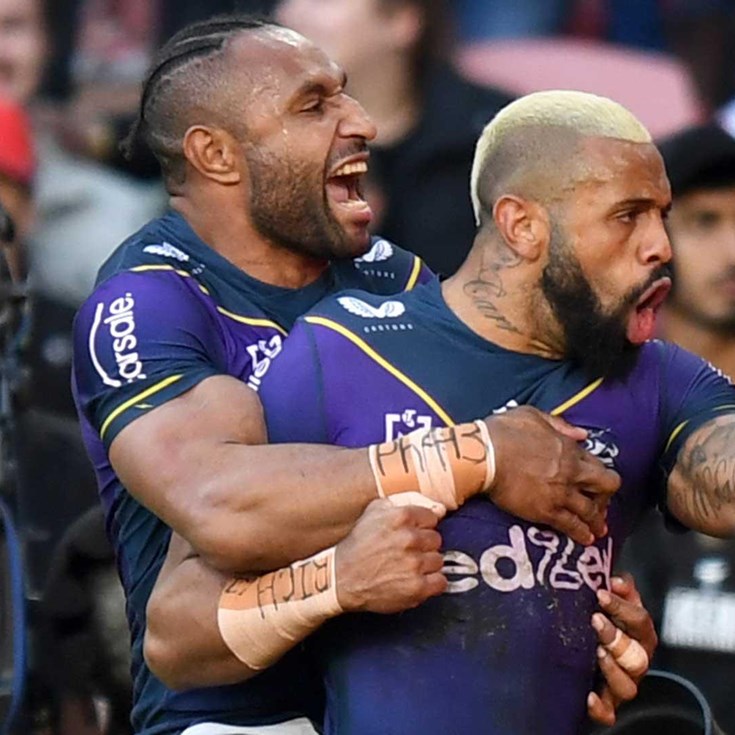 Most-watched long-range tries of the year: No. 9

Targeting To'o: Risks and rewards of kicking at NSW 'nightmare'