Samoan coach Matt Parish is determined to see out a tumultuous period for the Pacific nation after slumping to a sixth defeat in seven internationals with a 38-22 loss to Tonga in the Pacific Test at Campbelltown Stadium on Saturday.

Parish blooded seven debutants for the blockbuster event but an early first-half rampage from the more experienced Tongan outfit proved too difficult a task for Samoa to come back from.

Despite having not tasted a victory since May 2016, Parish was prepared remain patient as the side undergoes a rebuilding phase.

"I'm committed to here, I look forward to these camps more than they do," Parish said of his players.

"They're terrific, different, and I'm proud of where we came from in 2013 to now and where the game has come from.

"You look at the contest that was here today and the game that was in Hamilton last year in the World Cup.

Parish went as far as saying that no side – including Australia – could have stopped the Tongan juggernaut in the opening half.

Tonga led 30-6 at the half-time break in a one-sided first 40 minutes.

"To Tonga's credit they played well in the first half and completed 16 from 18," Parish said.

"I don't think any team in the world could stop them in the end. It was certainly a good learning curve for our team and the majority of young guys in it.

"The second half I was ecstatic, they showed true commitment to the jumper and to the cause."

With talk Tonga could push for more clashes with tier one nations in the future given their recent success, Parish said he hoped the Samoa-Tonga fixture remained on the annual calendar.

"The way they engage, it's a special night when these two teams clash, just like NSW and Queensland clash."

The loss was compounded with a knee injury to Melbourne prop Sam Kasiano, who is set to undergo scans on Sunday. 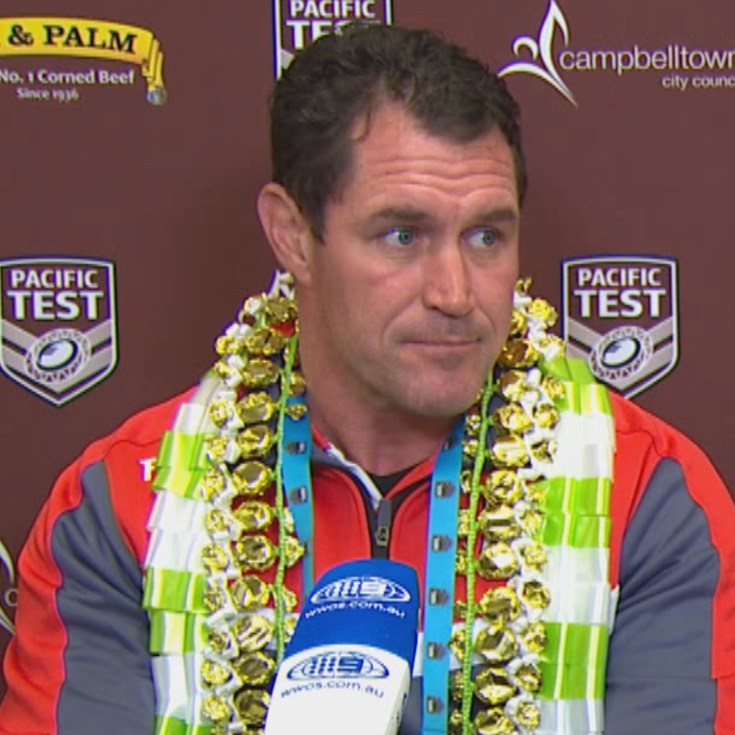 Samoa out to make amends and plan for the future